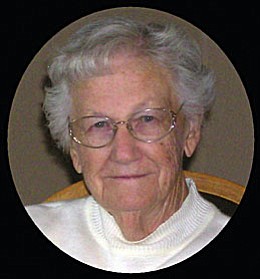 Doris Irene Fincher, 83, of Cornville died Dec. 10, 2007. She was born Jan. 18, 1924, in Iowa Falls, Iowa, to Glen William and Fannie Coulter Riley. She was the youngest of six children, her brothers and sister being Wayne, Raymond, Keith, Darlene, and Merle, all of whom preceded her in death.

She grew up on the farm and attended Owasa High School where she played basketball and graduated in 1942. She moved to Ajo in January 1946 and met her future husband, Hosea Howard Fincher. They were married on March Â­Â­Â­Â­24 of that year. After residing in Ajo for 38 years, Hosea and Doris retired to Cornville in 1984. They celebrated their 50th wedding anniversary on March 24, 1996. Hosea died 50 days later on May 13.

Doris was best known for her love of God and family. She is also remembered for her wonderful cooking, hospitality, knitting, crocheting, and quilting.

She is survived by two children - Jonathan (Annetta) and Teresa; three grandchildren, and four great-grandchildren.

Memorial services will be today, Dec. 28, at 11 a.m. at the Middle Verde Church of Christ in Camp Verde. Memorial donations can be made in her name to the American Heart Association, (602) 414-5353.