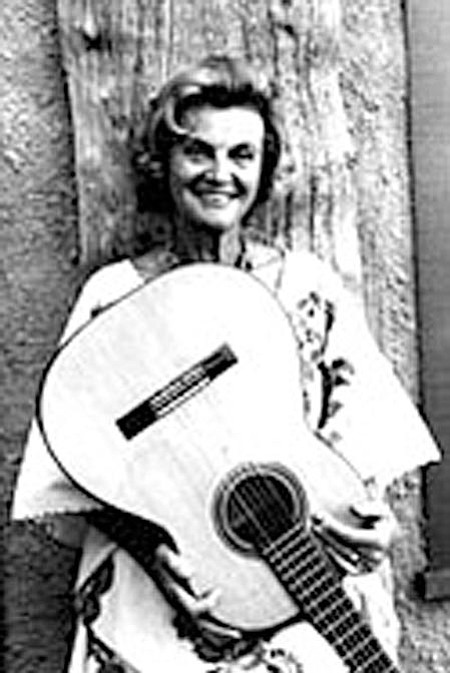 She is known as a woman "so far ahead of her time, we are still catching up."

That's Katie Lee, one of the original Southwestern activists, like David Brower and Ed Abbey.

She'll be appearing at the Sedona Community Center on Wednesday, April 9 at 6:30 p.m. to share her film, "A Love Song to Glen Canyon," and tell some stories about her wild-riding career.

"When I saw her film at the Sedona Film Festival and heard that she lived in Jerome, I knew we had to get her to come speak to us for Water Awareness Month," said Jawn McKinley, Sedona WaterWise Alliance chair.

"Katie Lee is one of those special people that light the way for us all. We will be so lucky to be able to meet her and learn from her stories."

Now in her upper-eighties, Katie is a native Arizonan who began her professional career in 1948 as a stage, radio and screen actress.

In the mid-'50s she left Hollywood to spend 10 years as a performer in coffeehouses and cabarets throughout the United States, Canada and Mexico, singing folksongs to her own guitar.

She has led the fight to save Glen Canyon and the Colorado River from the scourge of the dams.

As Terry Tempest Williams said, "In so many ways, this is a woman who embodies the power and tenacious beauty of the Colorado Plateau.

"Her spitfire intelligence and redrock resolve provides us with an individual conscience that we would do well to adopt."

Katie Lee is a joyful raconteur, a woman with grit, grace and humor.

She is not afraid to laugh and tease, cajole and flirt, cuss, rant, howl, sing and cry.  Katie Lee is the desert's lover. Her voice is a torch in the wilderness.

Come spend a special evening with Katie Lee on April 9th at the Community Center.

The event is free and open to the public.