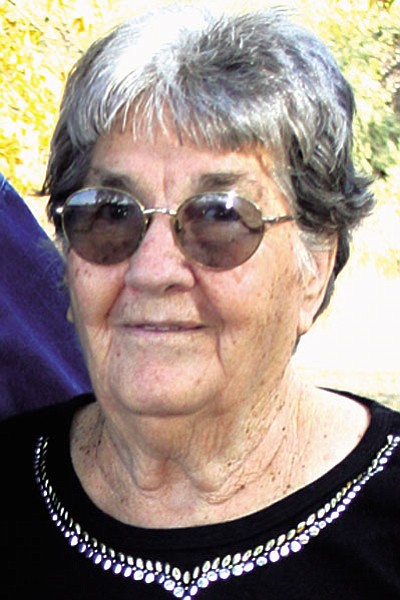 Esther J. Lacey, 83, life-long resident of Arizona and current resident of Camp Verde, died at home surrounded by her loving family on April 16, 2008. She was born Feb. 11, 1925, to Alexander and Ethel (Gray) Strange.

Esther was very gifted with creativity; she loved writing poetry and eventually compiled a book of her poems, several of which were copyrighted. She was also a phenomenal seamstress; she was always sewing for her family. She made beautiful quilts, and dolls, some very unique as they were designed to cover household appliances and such. Esther loved being a homemaker, wife, and mother of six children. She was also a member of the Seventh-day Adventist Church.

She was married to Wilford F. Lacey for 67 years, and together they had six children, two of whom, Steve and Craig, preceded her in death.

A Graveside Service will be at the Middle Verde Cemetery in Camp Verde on Monday, April 21, at 11 a.m.