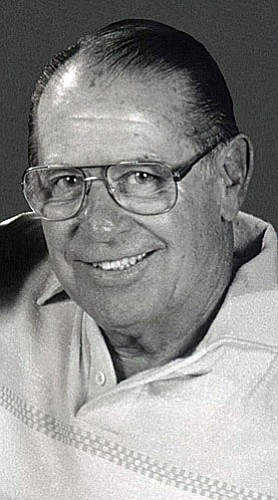 Ray grew up in Denver, Colo.; he served his country during World War II with the U.S. Army; following which he moved to Whittier, Calif., where he met and married Mildred "Millie" in February 1947.

In 1957 he and Millie moved to Palm Springs, where they raised their sons and Ray worked as a newspaper dealer for many newspapers; the last being the Palm Springs Desert Sun.

For nearly 50 years, Ray devoted his time as a coach for baseball and basketball. He also helped keep the scoreboards during the football seasons, as well as assisted in the Special Olympics.

After the passing of Millie, his companion and sweetheart of 52 years, Ray moved to Cottonwood in 1999 so that he could be close to his family here in Arizona. Since that time, he enjoyed going to the Mingus Union High School football and baseball games, Little League games, and watching his son, Mike compete in the Special Olympics.

There are no local services planned at this time.