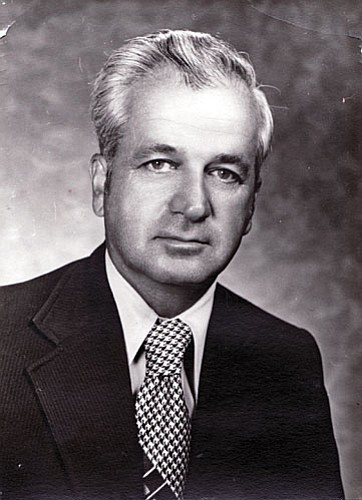 Paul grew up in Lyndhurst, N.J., served his country during World War II with the U.S. Navy, and in 1945 married Evelyn Cann.

They moved to Penn Yan, N.Y., in 1947 to run a family-owned summer resort. Paul also worked for the N.Y. State Electric & Gas Corp. from 1948 until he retired in 1978 and moved to Cottonwood. He was an avid fisherman, hunter, archer, gardener and golfer.

He is survived by his beloved wife of 62 years, Evelyn; his daughter Lynn Simmons (John); his son Scott (Claire); his sister Beverly Mier of Maryland; and four grandchildren.

Funeral services were at the VA Chapel in Prescott and internment was in the VA National Cemetery on Aug. 11. The services were officiated by Paul's nephew, the Rev. Donald S. Mier of Fall River, Mass. In lieu of flowers, the family requests donation be made to the Mayo Clinic for Research in diabetes and/or Alzheimer's.