Bowers to be sentenced today 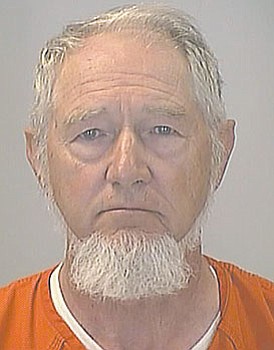 William Duane Bowers of Cottonwood will finally be sentenced today (Wednesday, Aug 27) for sexual conduct with his developmentally-disabled stepdaughter. The case has dragged on for two years.

In April, Bowers agreed to plead guilty to two charges, contributing to the delinquency of a minor, a Class-1 misdemeanor and vulnerable adult abuse, an undesignated Class-6 felony.

The plea stipulates that the felony may not be reduced to a misdemeanor until after Bowers has served probation, for which could be sentenced in a range from three years to lifetime.

During the change of plea hearing before Judge Warren Darrow, Bowers' attorney stated that the offense of contributing to the delinquency of a minor was charged for instances of "sexual fondling" from 2001 through 2004. The count of vulnerable adult abuse refers to instances of "sexual intercourse" between 2004 and 2006.

The girl is now 22 and Bowers is 71 years old. The case was first filed in 2006, at the time the girl's grandmother discovered Bowers sexually involved with her in their home. At that time, the victim told investigators Bowers had been molesting her since she was 10 or 11 years old. He was originally charged with six counts of sexual abuse and sexual assault and one count of child molestation.

The charges were dropped when the prosecutor took the case back to the Grand Jury for a new indictment.