Steve White returns to the Garden as guest speaker 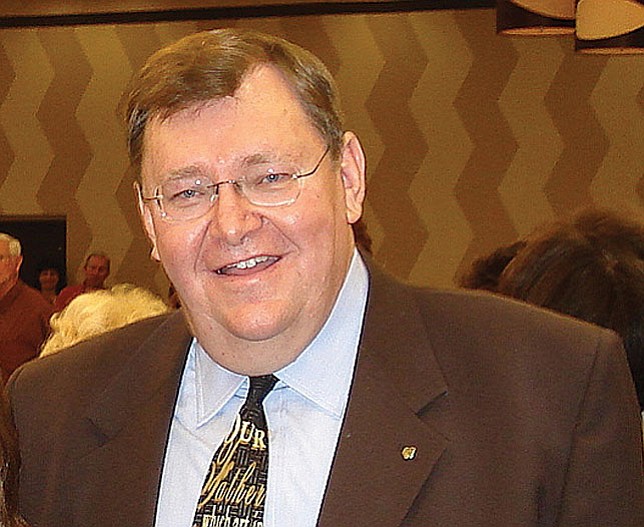 Steve first spoke at The Garden in November of last year. The outstanding response to his poignant teaching promoted an invitation to return. The Verde Valley will recognize Steve as the morning show host of "First Light with Steve White" on Radio Shine (90.9 FM) out of Prescott. Steve serves as Vice President and General Manager of the station.

Also, on that same night of Aug. 31, Steve (along with his broadcasting co-host, Dave Schreiber) will act as host for the Sunday Nite Live! variety show beginning at 6 p.m. at The Garden. The program, celebrating Country/Western music and the American cowboy, will benefit The Old Town Mission.

A master's fegree alumnus of Wayland Baptist University and an ordained minister, Steve pastored several churches in Texas and Indiana, and brings 36 years of radio and television broadcast and management experience to the Arizona radio airwaves.

Steve has managed radio and television stations across the country, some of which were first to broadcast "Focus on the Family," "Grace to You" and "Insight for Living." He has owned and operated his own stations and served as vice president and general manager of American Bible Radio Inc. in Indianapolis.  As the executive producer and speaker for the syndicated weekly radio program, "One on One Sunday," he was recognized by the Religious Public Relations Council with the Wilbur Award.

Call (928) 649-2289 for more information or visit the Web site at www.thegardencommunitychurch.com.