Man arrested in connection with shooting 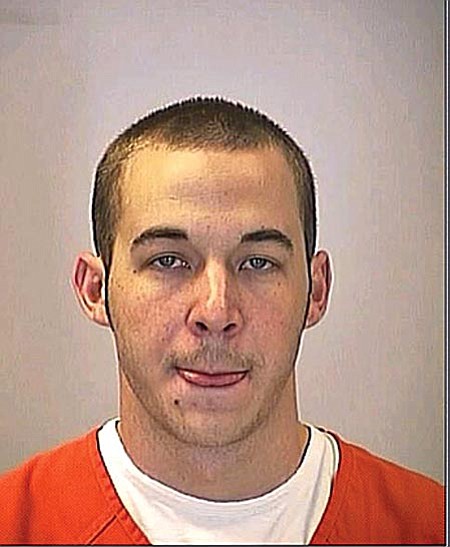 Neighbors reported several gunshots were fired near an apartment. Witnesses said a car drove up and its passengers threatened David Jay Evans. They apparently knew that 23-year-old Evans was there to visit his children and family. When they refused to leave, according to the reports, gunfire erupted. Witnesses say at least five shots were fired.

The vehicle fled. It was thought to have been driven by 20-year-old Keith David Offner, the former boyfriend of Evans' current girlfriend.

The confrontation reportedly resulted from a domestic incident between Evans and his girlfriend earlier that evening in Cottonwood. Offner was reported to have gathered several people to find Evans and get even for the domestic incident. Evans left the apartment before deputies arrived.

Several bullet casings were recovered and police believed that Evans had fired a gun from the landing and Offner had fired at him from the car. No one was hit.

An all-points bulletin was issued for both men and when he heard police were looking for him, Evans met with detectives the following day.

Evans apparently never saw Offner at all, though he recognized his girlfriend's brother in the car.

A deputy recovered the handgun from a Cottonwood home. Deputies learned Evans is classified as a prohibited weapons possessor because of a prior felony conviction.

The Sheriff's Office has now cancelled the warrant for Keith Offner.