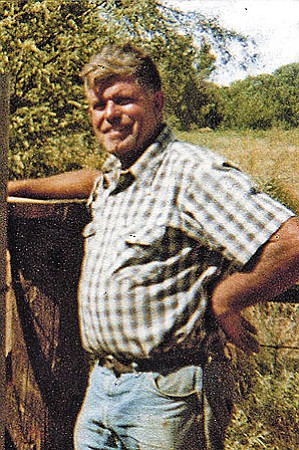 He moved with his parents Floyd and Lillian Dean to Arizona in 1929 and settled in the Liberty/Buckeye area. Roy married June Benedict on July 15, 1949, in Liberty.

Roy started his own business, repairing farm machinery and welding in the late '40s. During World War II, he provided a valuable service keeping farm equipment running, which resulted in the road being named Dean Road.

He took his first house-moving job in 1950. He moved various structures statewide, including churches, historical buildings and homes. All over the state of Arizona he could point out structures he had moved.

In 1986, Roy and June started the Verde Hay Market in Cottonwood, which the family still owns and operates today. His sons worked with him in his farming and house-moving business.

Roy served as a deacon in the Palo Verde Baptist Church. He and June were active in the Buckeye Museum for 16 years. Even as a young man he tried to preserve the history of Buckeye by saving the first car that came to town.