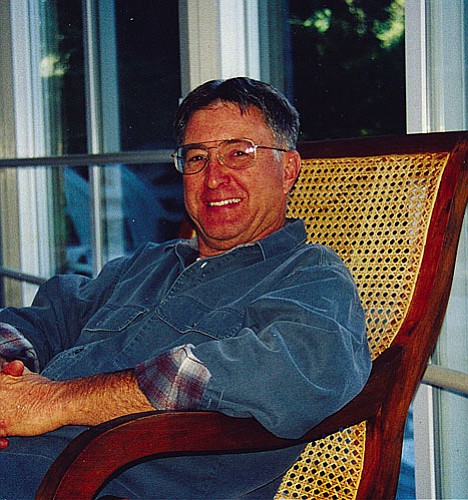 Mike spent four years with the U.S. Navy serving mostly in the San Diego area as a hospital corpsman. During that time he served a tour in Vietnam flying injured soldiers on med-evac missions from shore to ship for care.

After the Navy, and obtaining a degree from Mt. San Jacinto College, his navy medical training led him to join the fire department in 1969. He first served as a volunteer in communities of Hemet and Anza, and then transitioned to full time firefighter and fire apparatus engineer with the CDF/Riverside County Fire Department. Michael served at fire stations throughout Riverside County but spent most of his career in Blythe, Calif.

After retirement in 1990, he returned to Hemet, becoming active with the Episcopal churches in Hemet and Idyllwild, and also served as a lieutenant with the U.S. Navy Sea Cadet program in San Diego helping high school students explore careers with the Navy.

About eight years ago he moved to the Kingman area, continuing to be active with the Episcopal Church in Kingman, Lake Havasu City, and Sedona. Mike enjoyed his travels exploring the southwest United States, visiting all of the California Missions with his friend Barbara Doolittle and also traveling with his uncle, Frank Post, to the Channel Islands. Most recently he became very active with the USS Midway Aircraft Carrier Museum in San Diego, and the newly formed Kingman Air Force Museum. In September Mike completed a month long trip to Scotland to study Anglican Church history.

The Andrews family would like to express its sincere appreciation to the Doolittle family of Blythe and Rt. Rev. David McMannes from St. Luke's for their love and care, support and prayer for Michael during his last days.

In lieu of flowers, the family requests donations be made to the St. Luke's Church building fund at P.O. Box 870, Sedona AZ 86339, or to the CDF Firefighters Historical Society Museum, 3800 Sierra Way, San Bernardino CA 92405.