Whatever Happened To... Jeff Huson
Sheer perseverence takes Jeff Huson from Mingus Union High School to a 14-year career in the Big Leagues 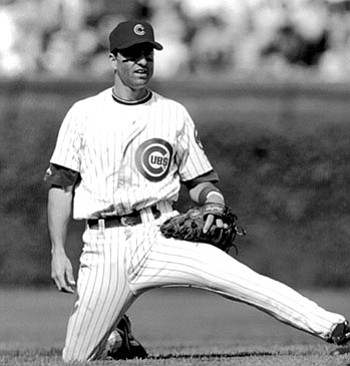 Jeff Huson’s career in Major League Baseball placed him on the field in two of Nolan Ryan’s no-hitters. He was also on the field when Cal Ripken Jr. broke Lou Gehrig’s record for consecutive game starts.<br> <i>Photo courtesy Jeff Huson</i>

Jeff Huson started playing baseball when he was 5. He would tag along with his brothers. His older brother, Steve, taught him to bat left-handed. The entire family was always his support system.

That support took Huson from the dugouts in Cottonwood to the biggest stadiums in Major League Baseball.

"My biggest moment playing baseball was getting to walk out on to the field in the majors for the first time and the awe of it," said Huson. "I thought to myself that if I never got to play another game, I had made it. That overshadows everything."

That memory even overshadows when Huson played in two of Nolan Ryan's no-hitters. He was also on the field when Cal Ripken Jr. broke Lou Gehrig's record for consecutive game starts.

Huson's professional baseball career lasted 14 years throughout the minor and major leagues, but his baseball career overall has been going strong since he was 5. He played Little League in Cottonwood. "There were three teams, Sedona, Cottonwood and Camp Verde," said Huson. We played 12 to 14 games a season, not like it is today."

Huson started high school at Mingus in 1976. He played shortstop for the Marauders varsity during the '79-'80 seasons after playing two years on the junior varsity.

While playing at Mingus, Coach Bobby Valenzuela took to him immediately.

"He was a real good high school player. He had a terrific sense of humor. He came from a good family and was a pleasant person to coach," said Valenzuela. "He was a gangly kid, but after high school he grew from a 5-foot, 8 player to 6-3."

While in high school, Huson regularly traveled to Phoenix on the weekends to play fall ball against the best players in the state.

That extra experience earned him 1st Team All Region his senior year and 2nd Team All State after his team went to the State Tournament but lost in the first round.

After his senior year, college recruiters passed on the Mingus player. So, Huson took a year off and worked construction. After that he decided to enroll at the University of Arizona and just go to school and quit baseball, but one fateful phone call by Huson's father turned out to be a major turning point in his life.

"I was in the building at UofA ready to pay my tuition," said Huson. "My dad called me and asked if I really wanted to do this. He didn't want me to look back in 10 years and regret not playing baseball. I was just about ready to pay and I turned around and drove home."

Huson instead decided to walk-on at Glendale Community College. Competing for a spot among more than 50 players, he earned a spot on the team.

"I don't know if it was more determination or stupidity," said Huson. He made the team and didn't start for about half of his freshman year, but one day that changed.

"We were losing and I walked up to the coach and told him that if he put me in, we'd start winning," said Huson. He started at shortstop and never relinquished that spot for the next year and a half. He also batted at the top of the lineup at the No. 1 or No. 2 spot. For two years, Huson was an all-league selection.

After Glendale, Huson had offers from Lamar Beaumont in Texas or the University of Wyoming. He chose Wyoming and played for two years batting .394 overall in the No. 3 position and made the all-Western Athletic Conference team both years.

That was also when he picked up the nickname "Huey."

During his years at Wyoming, Huson also played ball in Nebraska in the summer in the "Jay-Hawk League." Huson spent two years in Nebraska, playing ball and painting houses to make enough money to live.

After two years, he got his big break and was signed by the Montreal Expos in August 1985. He attended spring training in March of 1986 and was sent to the Minor League team to play rookie ball in the Expos organization with about 30 other players.

He kept doing well in the 'A' league and worked his way up through 'AA' then in Sept. 1988 he was called to the majors.

Huson played on the Expos Major League team in 1988, but he wasn't going to stay there forever. In fact, the next year he played three months on a 'AAA' team in Indiana and during that year he was sent up to the pros and back down three times.

He never lost touch with his roots and before every spring training while Valenzuela was still coaching, Huson would return to Cottonwood and spend time with the ball players, talking to them and teaching them before reporting to spring training.

"He was just the type of kid, he didn't think the world owed him a living," said Valenzuela. "He went out and earned a living. You don't see as many kids like that anymore."

In 1990, Huson was traded to the Texas Rangers during the last week of camp. For the first time in his professional career, he found some stability, playing from 1990-94 for the Rangers. During that time he was a part of two very big games in baseball history: Nolan Ryan's sixth and seventh career no-hitters.

He would later write in his blog: "I was playing shortstop and with one out in the ninth inning, Rickey Henderson hit a slow roller. I came in, scooped it and threw on the run to get him by a step. I ended up by the pitcher's mound and when I tossed the ball back to Nolan, he said, 'Nice play, Huey.' And I said, 'Thanks.' As I was going back to short, the only thing I could think was, 'Oh, God, don't let them hit the next ball to me.' That's when the magnitude of it all hit me."

Huson was also a teammate when Ryan hurled his historic seventh career no-hitter May 1, 1991.

After the 1994 season, Huson was traded to the Baltimore Orioles where he played for two seasons, including the game when Cal Ripken Jr. broke Gehrig's "Ironman" record 1995. Huson was at third base when Ripken broke the record and he was the first person to shake Ripken's hand.

After being part of many record-breaking occasions and having a long career in the majors, Huson got his last major league hit at the Three Rivers Stadium in Pittsburg. Coincidentally, it was a full circle from 12 years prior when standing in that same stadium, Huson got his first Major League hit.

After suiting up for the last time as a player, Huson coached for the Cubs minor league system from 2001-05. During those years, Huson finished something he had started 10-years prior and finished his degree in finance.

"Coaching was a natural transition for me," said Huson. "I always enjoyed studying the game and I thought it was a neat way of giving back."

His joy in studying the game offered him another opportunity when in 2006 Huson accepted a job working for Fox as a television broadcaster for the Colorado Rockies. He still broadcasts games and lives in Colorado with his wife and three children. Last season, he called 55 games and he also hosts the pre- and post-game shows on Fox in Denver.

For now, his job as a broadcaster suits his needs just fine. He gets to spend time with his family, but it may not be where he completes his baseball career.

"At some point I wouldn't mind getting back on the field," said Huson. "It's all about timing."

Huson made a career of baseball when the odds were stacked against him. He wasn't drafted into the Majors out of high school or college. His sheer determination kept him going and now he is one of the most successful athletes to come out of Cottonwood.

"He was a late developer and he never would quit," said Valenzuela.

"He's the All American boy type that went out on his own and proved to the world that he could do it."

"It was sheer perseverance," said Huson.