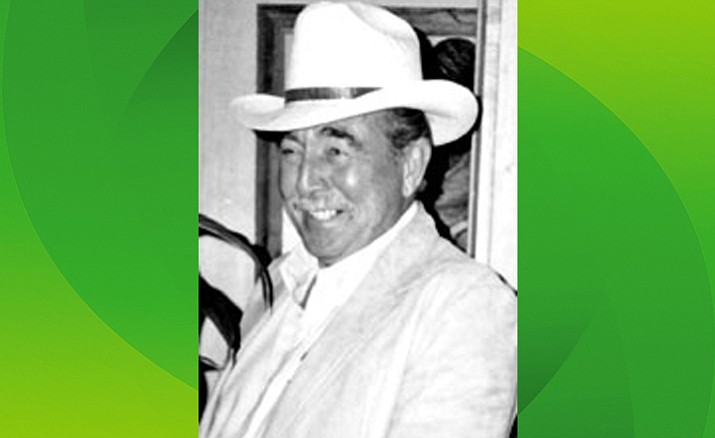 Bob Barker was the first mayor of Camp Verde and one of the driving forces in the incorporation of the town.

On the morning of Dec. 1, 1986, a group of a dozen or so local residents had gathered at the office of Camp Verde real estate and insurance broker Bob Barker.

They were among some two dozen people who had spent the last 145 days knocking on doors, cajoling their neighbors, beating their drum at community meetings and proselytizing wherever their voices could be heard.

Through their efforts they had accomplished something that has rarely happened in Arizona history.

They had gathered over 1,500 signatures, representing over two-thirds of the registered voters in Camp Verde and they were about to create a town -- the hard way.

Typically, when a group of residents decides to take matter into their own hands and incorporate their community, they take the easy way. They gather signatures from 10 percent of the registered voters' and then turn the decision over to a vote of the remainder.

But things hadn't worked out that way for the Camp Verde group. They were told early on that if they wanted an election it was going to have to wait until the next year. The county was too busy gearing up for November mid-term elections.

They decided they had waited long enough and if they were going to incorporate, the tough way was going to be the only way.

For years the idea of incorporation had simmered. It was hotly debated at public meetings.

More importantly, and as is always the case with complex issues, it was misunderstood to a point where some opposed it ... just because.

In November 1985, several residents got together and decided it was time to answer the real who, what when, where and why of incorporation. They formed a committee to study the ramifications of a municipality.

They got a count of the residents. They looked at revenue sources. And they estimated costs.

On April 24, 1986, the committee reported back to a packed house at the Camp Verde High School auditorium. They laid out the figures and the options. And they took a lot of comment from the crowd.

On May 8, they gathered again. This time the majority decided it was doable. The decision was made to go for it.

They mapped out a 52-square-mile area and set the boundaries. But they shortly realized there was a least one section of town, Fort Lincoln Estates, where the opposition was nearly unanimous. It and an adjoining 10 square miles along Salt Mine Road were cut out.

On July 9, Camp Verde resident Loft Hollamon became the first person to sign a petition. A member of the exploratory committee, Hollamon had originally been in opposition to the idea. In time, he became one of its staunchest supporters.

In just one month they had over 1,000 signatures. The remaining 500 would take a few more meetings, an ambitious voter registration drive and a lot of convincing.

But in the end, they were out numbered.

The following Monday, Dec. 8, Mauldin declared Camp Verde to be the 81st incorporated community in Arizona. He also announced the appointment of seven residents to the Town council.

One Dec. 15, the seven sat together as a council for the first time and as one of their first orders of business, selected Barker as the first mayor on a 5-1 vote with Barker abstaining.

They would meet twice more that month to begin all the housekeeping chores that make an incorporated community a functioning corporation.

Elections were set, a town code was drafted and a budget of $402,400 was adopted to carry the town through until the start of its first full fiscal year in July 1987.

Often, there were more questions than answers. But there was no shortage of interest in what was going on.

By February, 18 residents had made it on the ballot as candidates for the new council.

In addition, 45 people had submitted applications for the town manager's position, 25 for town clerk, 16 for police chief and five for town magistrate.

The council unanimously selected Mercer Weiskotten as the first town manager and Chuck Devine as its first police chief. The first magistrate was not a universal choice. Ralph Lizotte, an area JP, was chosen by a 4-3 vote.

Also chosen was a town logo, designed by council member Karen Mealey, depicting the town's links to the Verde River, Montezuma Castle, Fort Verde and a cowboy past. She was given $200 for her design.

In the March Primary, three of the 18 candidates received over 50 percent of the vote -- Carol Blaich, Bob Barker and Tap Parsons. In May, the first elected council would be complete with the addition of Carter Rogers, Woody Diehl, Tom Shaw and Marvin Reynolds.

The elected council soon faced with the reality of municipal politics. Providing for the care of 5,850 residents was going to be a bit more expensive than anticipated.

On June 24, just three weeks after being seated, the council revealed a $2.1 million budget and a projected town staff of 36 by year's end.

The proposed budget caught a lot of people by surprise and set off a tempest among both those who had previously objected to incorporation, along with many of those who had signed petitions.

Their biggest complaint was the revelation that the town would need a 1-percent sales tax in order to fund its people and its projects.

During the incorporation drive, supporters had specifically stated that there would be no new property taxes. The idea of a sales tax, however, was shied away from but never specifically denied as a possibility.

To further exasperate matters, the council established the sales tax themselves --angering those who wanted a public vote.

What followed was a very Camp Verde sort of reaction. A group of disgruntled citizens collected 700 signatures in 11 days to disincorporate the town. The unofficial petitions would eventually total 1,400 signatures.

As one group started on a set of legal disincorporation petitions, another set out to put the tax to a vote. The initiative sought a 1-percent sales tax and a 2-percent bed tax.

Over the next year, the disincorporation effort would prove unsuccessful both through its petition drive, which stalled at 700 signatures, and in its attempt to invalidate the original incorporation drive.

It would be the last such attempt to dissolve Camp Verde.

The tax supporters were only slightly more successful than the disincorporators.

In May 1988, the voters of Camp Verde turned down the proposed sales tax by just 36 votes.

Two months later the council re-instituted the tax in a 6-1 vote. When it went back before the voters the second time, it passed by a 2-to-1 margin.

Twenty years of incorporation has been one wild ride for Camp Verde
Growing Pains
Letter: Be careful what you wish for with incorporation
Wischmeyer turns in signed recall petitions, says she will run for Robin Whatley's spot on council
Camp Verde tax referendum not referable, says town