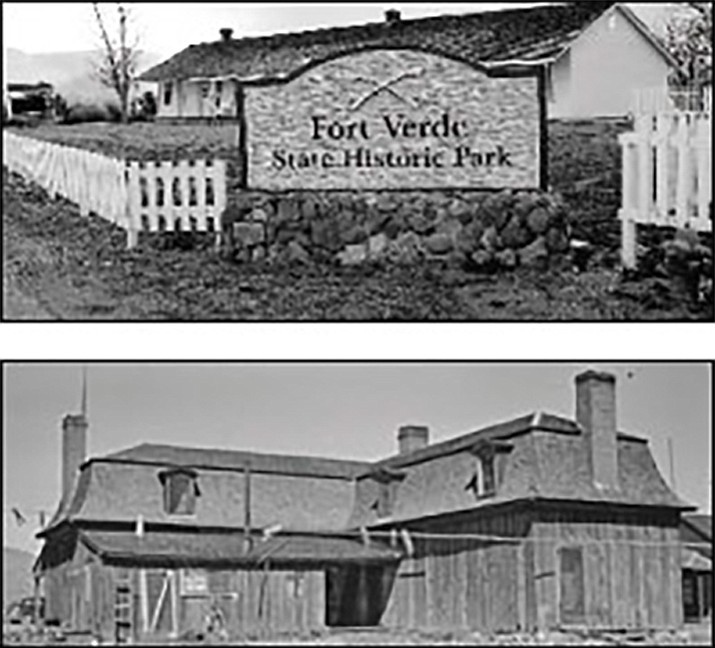 Before and after: The fort had been abandoned in April 1890 and sold off in pieces at auction. 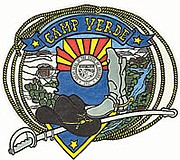 The second oldest park in the Verde Valley is, like Jerome, a historical park. It came into State Parks' inventory in 1970.

The fort had been abandoned in April 1890 and sold off in pieces at auction. Needless to say, when it came time to reassemble the Fort it had to be done piece by piece.

The task was finally completed in 1977 and the 11.25-acre fort was once again, for the most part, complete.

However, by the time State Parks acquired the property only a portion of the original 22 buildings was still standing.

Among the remains were four historic buildings, two ruins, three support structures, and the parade ground.

In spite of its condition, Fort Verde constituted the best extant collection of military buildings and architecture remaining from the period of Indian wars in Arizona.

Much of the credit for the fort having remained in the shape it was, belonged to Harold and Margaret Hallett.

The couple had purchased the administration building in 1940. They used it as a temporary residence while their home was being built.

The couple hung on to the decaying building, but by 1953 they had decided it was time to tear it down.

As fate would have it, the Halletts had a change of heart. Instead of destroying one of the four remaining buildings, they began organizing support to save it and the other that remained.

The Halletts turned over the care of their building to the Camp Verde Improvement Association, which in turn formed the Fort Verde Museum Association to help save the buildings and build a museum.

Eventually the Halletts sold the building to the Improvement Association for one dollar, stipulating that the building remain a museum or be returned to them.

It wasn't long before folks in the Museum Association and the Improvement Association began to understand the scope of what they were trying to do.

In spite of generous contributions and the donation of the Commanding Officer's Quarters by Camp Verde resident Hank Wingfield, the community soon found itself short of the resources needed to accomplish their goal.

They still lacked ownership of the Surgeon's Quarters, parade ground and adjacent properties, the total cost of which was estimated at $1 million.

In 1968 the Museum Association began talks with State Parks, the Arizona Pioneers Historical Society and the legislature about turning the fort into a state park.

In July 1970, Margaret Hallett, now president of the Fort Verde Museum agreed to sell the fort to State Parks for one dollar.

On October 10, Fort Verde Day 1970, the park opened. But it would take an additional seven years to reassemble the remaining pieces.

The relationship between State Parks and the Camp Verde community has not been an easy one. Passions over the fort have caused more than one rift between the two over the years.

The town has always seen Fort Verde as an inseparable part of their community. State Parks has always seen the fort as a historical treasure to be preserved for all of Arizona.

Nevertheless, the two parties continue to work together. This last year, State Parks committed to several improvements at the park

As much as the fort is of military significance to the state, it is also of considerable architectural significance.

Remaining buildings from the era of territorial Indian wars are few and far between. State parks had looked at other military forts as possible additions to their inventory. Forts Bowie, Crittenden, Buchanan, and Apache were all under consideration.

However, from the beginning, Fort Verde was always State Parks' first choice.