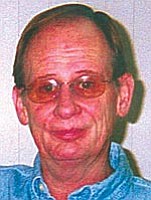 Charles proudly served his country with the U.S. Air Force as a staff sergeant during the Vietnam War. As a veteran, he also served in the Air Force Reserves and the Federal Civil Service.

Professionally, he dedicated 27 years of his life to Orthotics & Prosthetics.

Services will be planned at a later date. An online guestbook is available at www.westcottfuneralhome.com.