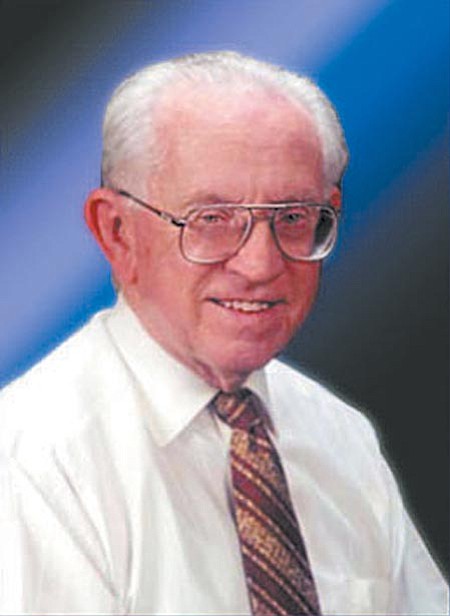 In 1953, at the age of 29, he and his wife, Lou Edith (Luda McNaughton) Soldwedel, moved to Yuma to run F.F. McNaughton's Yuma newspaper, The Sun. In 1958, they bought The Prescott Courier, the inception of today's Western Newspapers, Inc., a family owned company. Mr. Soldwedel was the president and later board chairman of WNI.

Mr. Soldwedel purchased The Verde Independent from former longtime owners Marty (Eugene) and Joyce Marten in 1978. Under his ownership, the newspaper grew from a weekly to the product now published three times a week with a zoned edition in Camp Verde, The Bugle. In addition, the newspaper added an award-winning weekly arts and entertainment publication, Kudos, to its publishing arsenal, and The Villager, a monthly community newspaper in the Village of Oak Creek.

The Martens became acquainted with Mr. Soldwedel in the early 1970s through the Arizona Newspapers Association. "He was highly respected within the association and throughout the state," remembers Marty Marten. "I could not think of a better individual for us to sell the newspaper to. He always treated us fairly. He was a fine gentleman."

Mr. Soldwedel earned induction into in the Arizona Newspaper Hall of Fame and an Arizona Board of Regents Award both in 1998. He also won accolades as a philanthropist and business and political leader.

Surviving - in addition to his wife of more than 61 years, Lou Edith (Luda McNaughton) Soldwedel, whom he married on June 15, 1946, in Pekin, Ill. - are a daughter, Ann (Rick) Buxie, and son, Joe Soldwedel; and three grandchildren, Jill Buxie, Kelly Soldwedel and Brett Soldwedel.

His parents and sister, Dorothy, preceded him in death.

"What can one say about Dad? He was a great father and leader, and was a superb businessman and diplomat. He had boundless energy and was always the optimist. He had tremendous drive, resilience and focus," his son Joe and daughter Ann said. "Dad gave much of his time to civic, charitable and professional groups. We'll miss Dad so much every single day."

Mr. Soldwedel often said, "I've had good days and better days; I can't profess to have had many bad days."

Through WNI, Mr. Soldwedel at one time or another owned entirely or in part literally dozens of newspapers across the State of Arizona over the past 50-plus years.

"Don was a wonderful man who saw the value in people. He gave many people their start in the media industry, and was an advocate for hiring from within - investing in the person as the most valuable asset in business," said Kit Atwell, executive vice president of WNI and publisher and CEO of Prescott Newspapers, Inc. "We will miss Don and will work to carry on his example."

In addition to his achievements in the newspaper business, Mr. Soldwedel gave back to his state and nation through philanthropy and participation in a wide variety of civic activities.

He was instrumental in bringing the San Diego Padres to Yuma for spring training, beginning in 1969.

He served on a variety of community and business organizations, including Arizona Public Service Company (1958-95); Pinnacle West Holding Company (1985-95); SunCor Development Company (1975-95); Valley National Bank (1970-85); Arizona First for Defense (1993-95) as treasurer and on the executive committee; the American Newspaper Publishers Association (1977-85) as chairman of various committees.

He was a member of the board of directors (1977-85) for the Newspaper Association of America, formerly the American Newspaper Publishers Association, and was chairman of its foundation for two years. Through the NAA's Newsprint Committee, of which he was chairman for eight years, he helped in the development of kenaf fiber as a workable substitute for trees in the production of newsprint. The kenaf plant can grow in many areas of the U.S. This project continues today. He also was chairman of the World Association of Newspapers' Newsprint Committee for five years.

He also was Outstanding Philanthropist in Southern Arizona in 2000, won induction into the Arizona Business Hall of Fame (2002), and was the National Republican Congressional Committee's Business Advisory Council Businessman of the Year (2003).

A native of Pekin, Ill., Mr. Soldwedel graduated from Pekin High School in 1942 and completed his freshman year at the University of Illinois. He then attended the University of Arizona and graduated in 1946 with a Bachelor of Science degree from the College of Business with a major in marketing.

After graduation, he married Lou Edith McNaughton who was a University of Arizona graduate in Liberal Arts. Mr. Soldwedel worked as assistant graduate manager at the UofA and was assistant director of the new Student Union (1946-53).

Memorial services will be private. Internment will be at East Lawn Palms Cemetery, 5801 E. Grant Road in Tucson. Arrangements have been entrusted to Heather Mortuary in Tucson.