Sales tax revenues down in state, Verde Valley
Sedona only VV town up for November collections 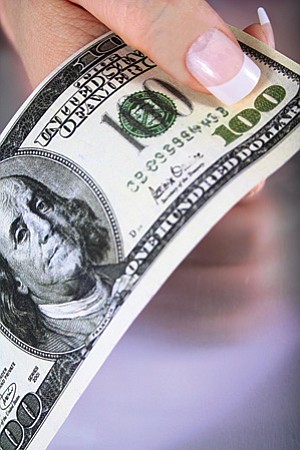 Except for Sedona, November sales tax figures for communities in the Verde Valley are down from last year. That reflects what is going on with Arizona revenue collections.

Arizona revenue for November was $83 million below what had been projected when the legislature adopted its $10.6 billion budget. For the year, Arizona is below projections by more than $310 million.

Camp Verde posted a negative $3,672 for November's retail tax revenue. The town took in $78,219 last year in the retail category.

"That's a negative in retail trade only," said Lisa Elliott, an accountant with the town's finance department. She said the state has not notified her of any refunds due to an audit.

Karen Vancheieri with the Arizona Department of Revenue said she doesn't know why Camp Verde showed a negative figure for retail collections. She said it could be from an amended report or an audit.

Without the drop in retail sales, Camp Verde might have gone positive for overall sales tax collections for November. The town took in a total of $136,536 compared with last year's $191,969 total. The difference of $61,434 is less than the town's average monthly retail collections so far this year.

Cottonwood is down in overall tax collections as well as in the retail category. Retail collections for this November were $496,584, down $21,377 from last year's retail figure of $517,961.

Overall sales tax revenue for Cottonwood was down only $1,926 from last year's November figure of $799,826.