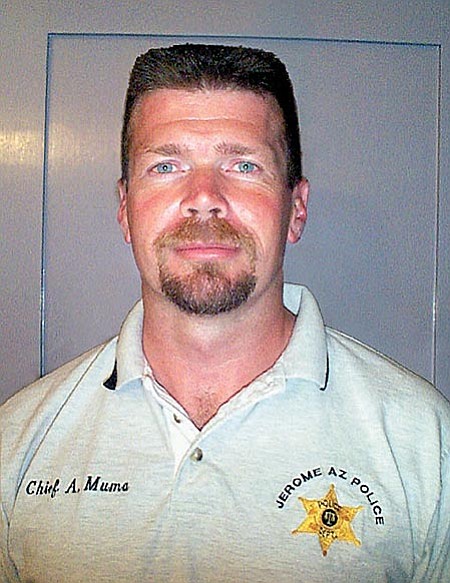 The Jerome Town Council decided Tuesday night that it doesn't have a problem with police officers working in uniform on off-duty assignments. It is a long-standing practice allowed by police agencies statewide, according to Police Chief Allen Muma.

Mayor Bob Bouwman had the item placed on the meeting agenda because of some questions from a resident. He said it came up in regards to the police providing security for The Spirit Room bar.

"I was told I had authority to establish policy," Bouwman said. "I disagreed with that."

He said such policy must be the decision of the entire council. Bouwman said after researching the issue further, he learned that it is covered by police department policy.

Phyllis Smiley, the council's attorney, said the police department's policy does provide for officers to be employed off duty, except when off duty at a place where liquor sales are primary business.

Smiley said security at a bar would be a violation of the policy. She also said that payment to the officers should be made through the town manager or finance director.

Muma told the council that the bar in question has more problems when certain bands are playing. Assault cases are up, he said.

"We've had some good fights in the street," Muma said.

He said the owner of the bar offered to pay for an additional officer during the times those bands are scheduled. But he was told he couldn't do that. Muma explained that under no circumstances would an on-duty or off-duty officer provide security inside the bar. The officers assigned as extra coverage would be outside the bar.

He said the practice isn't new, explaining that his officers work off-duty assignments for traffic control and also for events at Spook Hall. The Jerome Historical Society owns the hall, and the society will not rent the facility for events serving liquor unless an officer will be on site.

Muma said that off-duty work is one way that officers may supplement their income. He said Jerome's officers are the lowest paid in the region and among the lowest in the state.

"Liability and workers' compensation follow the badge," Muma said. He said that even off-duty officers when out of town are required by state law to intervene when they witness a crime in progress. Those officers are under the liability of the agency that employs them.

He said that if an officer - either on duty or off duty - does something improper, that officer and his employer could be held liable.

The council requested a couple of minor changes to the wording in the police department's policy, but indicated it had no problem with Muma's policy covering off-duty assignments.