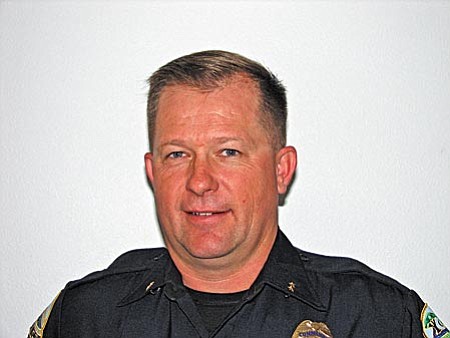 Cottonwood City Manager Doug Bartosh Monday appointed Commander Jody Fanning to serve as interim police chief until a permanent replacement is named. Commander Fanning has been a member of the Cottonwood Police Department for over 20 years.

He currently leads the Patrol Division and has served in most every position in the police department. Fanning is a 2006 graduate of the FBI National Academy and he is currently a participant in Project CENTRL (The Center for Rural Leadership).

He was promoted to Commander last year to replace Danny Scott.

"Jody has been involved with the Cottonwood community participating both as a youth sports coach and as a sports participant," City Manager Bartosh said. "Jody has the leadership skills and the knowledge of the community to continue to lead the police department in a positive direction."

Bartosh anticipates that it will take several months to permanently fill the chief's post since he is anxious to learn his new position before making a decision about the permanent chief.

Fanning says he has no plans for changes, but is anxious to keep the department running at the high level to which Bartosh raised the department, "one of the most professional in Arizona," said Fanning.

Don't look for an interim commander. Fanning says he will share those responsibilities with the department sergeants.

Jody and Monette Fanning have four children. One is training as a veterinary technician, one is in Mingus Union High School and two more are in elementary school.