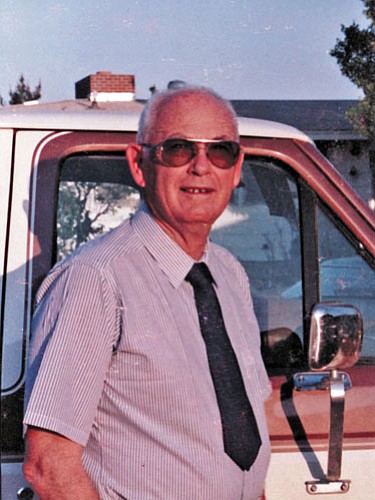 Adrian was a loving husband, father, grandfather and life-long learner. He was a man who generously shared his interests in history, geography, genealogy, fishing, and baseball. An avid reader who could find something useful at every garage sale he came across, Adrian's enthusiasm, intellect and tenderness were an inspiration to his devoted wife, family and friends.

Owner of Earth Engineering Associates in Cottonwood, Adrian was an accomplished civil engineer who served clients throughout Northern Arizona. Earlier in his career Adrian worked two decades as a civil engineer for the Arizona Department of Transportations as well as Coconino County. He also served at one time as city engineer for Glendale, Ariz.

A memorial service is scheduled Saturday, July 12, at 10 a.m. at Verde Valley Christian Church, 3605 Zelesky Road, off State Route 89A.