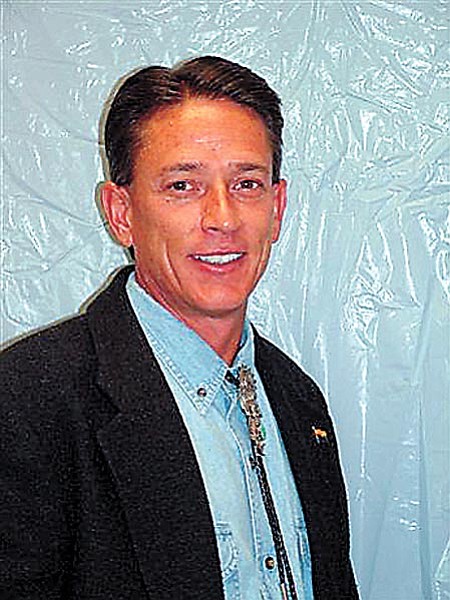 Just as we tiring of the lengthy Democratic Presidential nominating process, more election ballots are unfolding in local, state and national races.

Almost 366,000 citizens are registered in most or parts of eight rural Arizona counties. But, almost one-third (30.4 percent) of the District One congressional voters are Yavapai County residents.

The Yavapai County ballot is set for the September 2nd Primary Election after Tuesday's filing deadline. In most of the action in the county is in the Supervisors' races in District 1 and 2. Chip Davis is unchallenged in District 3.

Ernest Cox, 27 years a deputy with the Yavapai County Sheriff's Office, will take on Steve Waugh in the Primary for the Sheriff's post.

There are no challengers for the positions of County Attorney, Recorder, School Superintendent or Treasurer.

The Superior Court Divisions 3, 4 and 7 are uncontested. Judge Tina Ainley sits on the bench in Division 3. Micheal Bluff was recently appointed to Division 7. Both are Verde Valley divisions.

Carol Springer has a Republican challenger for the District One Supervisor's seat in Georgene Lockwood of Chino Valley. George Seaman will run again as an Independent candidate for the post.

In Division 2, Edwin Krysynak of Cordes Junction has filed as a Democrat and will face Republican Incumbent Thomas Thurman in the General Election.

Elections Director Lyn Constable says citizens have picked up signature lists for Edwin Krysynak in District-2, Pete Weaver and Victor Hambrick in the Assessors races for a possible challenge. They have 10-business days to file any challenge Superior Court to the nominating petitions.

Once again, it is a free-for all for the Congressional District One race. Congressman Rick Renzi, now under indictment on 35 federal charges, will not run for re-election. But, nine other candidates, four Democratic and five Republican, will be on the September ballot. One more will appear in November as an Independent.

Most of the candidates hail from Northern Arizona.

The Democrats include a few who have been campaigning actively for a while. Ann Kirkpatrick, a former State House member has the deepest war chest. She has raised over $600,000 toward the race according to the Federal Elections Commission. Others include Attorney Howard Shankar, also of Flagstaff, former TV reporter Mary Kim Titla of Globe and Jeffrey Brown, a former roofing contractor of Munds Park.

On the Republican side, Sydney Hay, long a republican activist, is probably the most recognizable candidate. Also seeking the Republican nod are Preston Korn of Flagstaff, Sandra Livingstone of Prescott, Barry Hall of Sedona and Tom Hansen of Saint Johns.

Brent Maupin, a civil engineer and architect from the Village of Oak Creek also qualified for the ballot, but as an Independent will not be part of the primary race. His name will appear on the General Election ballot.

Two Republican incumbents are on the ballot for the State House race in Yavapai County's first district and face no competition. Lucy Mason and Andy Tobin are seeking re-election.

In the Senate race, Tom O'Halleran of Sedona will have primary challenge from fellow Republican and Prescott rancher Steve Pierce