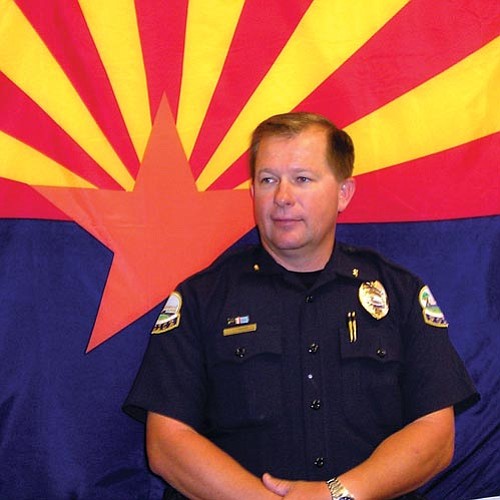 Tuesday was the third instance in which the Cottonwood council approached the issue of changing the city code and personnel policy for staff appointments.

Manager Doug Bartosh had asked that he be given the authority to independently appoint department head positions without first advertising internally or externally.

The city is now bound by code requiring that all department head and management positions be posted outside the city. Bartosh believes that a qualified candidate within the city should be moved up the ladder when appropriate, also saving the city advertising costs and the time of replacing a key position.

Tuesday, the board had a practical matter in which to test the proposed change. Bartosh asked the council for direction to appoint Commander Jody Fanning permanently as police chief. Fanning, of course, has worked 20 years with the department, and Bartosh said that he has proved during an interim period capable of handling the requirements and responsibilities of the job. He said the advertising requirement should be waived in this case. The council agreed.

Bartosh had surveyed comparable communities and found that most advertise their positions internally for a period. Council members agreed that that should be a minimum requirement.

Duane Kirby, who has questioned changing the policy, agreed, "I don't think it is necessary to post externally; only if we don't find someone inside the city. Every position should have an internal posting and the council has to have some kind of say."

"We should encourage promotions from within," Tim Elinski said. "The bare minimum is to post internally. But we have spent a lot of time choosing a manager and we should allow him to make decisions."

James Chapman wondered about the potential for abuse. "What if somebody out there, not working for the city, is really special? We might be missing out."

The city's human resource director spoke to the process of recruiting positions from outside the city. He said the placement of ads depends upon the position. Advertising can cost the city $6,000 to $9,000 for an upper level position, he said.

Terrance Pratt reminded the council that Cottonwood's salary range is lower than most cities and towns, He also talked about bypassing the posting policy. "There are special exceptions, and this is one," Pratt said referring to the Fanning appointment.

He said the manager should decide if he believes that a position should be posted only internally and come to the council if his was a specific choice.

"This is a healthy department, the morale is good. The manager is the former chief and knows the department. This is a special occasion."

Mayor Diane Joens reminded them that, "There should be some criteria, but we don't want to mettle in the manager's business."

"It is not the council's job to micromanage, as long as we are routinely informed," Karen Pfeifer said.

Bartosh spelled out the policy the board reached as consensus. " We will post for at least five days internally and on the Web site. If there is no good candidate, we will go external. Under special conditions, we will bring it to the council."

The changes will return to the council to change by ordinance.

After the discussion, the council returned briefly to the matter of the police chief appointment.

Linda Norman seemed to sum up the council's belief: "I have heard nothing but good things about Jody."

The council will make a decision during the next council meeting to waive the personnel policies in this case and allow the manager to appoint Fanning as chief.