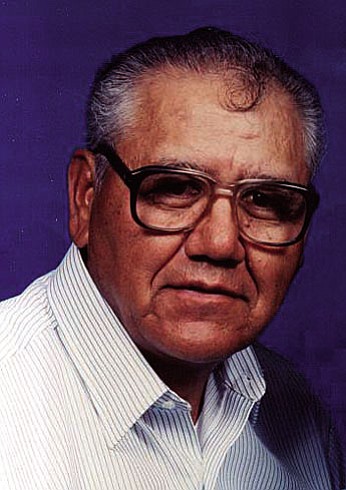 Ernesto served his country during World War II as a corporal in the U.S. Army. For his dedicated service, he was awarded the WWII Victory Medal and the Army of Occupation Medal (Japan).

Professionally, he worked as a barber for 17 years, following which he worked for the Williams Parks and Recreation as a superintendent. In addition, he worked for and retired from the City of Williams where he was the superintendent of the Water Department. He was very active in the community as he served two terms as a member of the Williams City Council; Vice-Mayor of Williams, and volunteered 25 years to the City of Williams baseball and softball programs. During his time in Williams, he was an active member of the St. Joseph's Catholic Church.

He is preceded in death by his parents; his daughter, Palmira Apodaca; and his brother, Cipriano Apodaca. Ernesto leaves behind his wife of 58 years, Julia Apodaca of Clarkdale; three daughters, Patricia Mass with her husband, Fred of Phoenix, Irene Hunkler with her husband, John of Flagstaff, and Jeanette Apodaca of Phoenix; his brother, Roman Apodaca of New Mexico, three sisters, Alicia Rameriz, Rose Bachicha, and Isabella Sanchez-all of New Mexico. He is also survived by four grandchildren and five great-grandchildren.

Funeral Services will be held at the Immaculate Conception Catholic Church in Cottonwood, where Ernesto was a member. Services will be held on Friday, June 20, with the visitation starting at 9 a.m., the Rosary at 9:30 a.m., and the Funeral Mass to follow at 10 a.m. Ernesto will be laid to rest at the Williams Cemetery that same afternoon at 1 p.m.