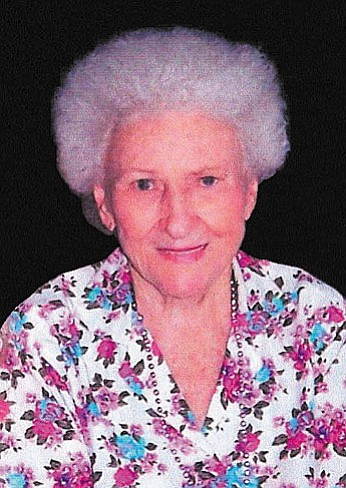 Grace Jewel Voorhees, 86, a resident of Lake Montezuma, died Saturday, May 3, 2008 at Country Ranch in Cottonwood.

She was born to Elkanah and Mary Angie (Read) Babcock on Jan. 27, 1922, in Phoenix; where she grew up and was a graduate of Phoenix Union High School.

Grace was an accomplished seamstress and quilter. She was a past member of the Rimrockers, Kiwanas, American Kennel Club; as well as a breeder and judge.

Grace is preceded in death by her husband of 57 years, Roger Voorhees; and her oldest son, Michael Voorhees. She leaves behind her daughter, Mary Levan, with her husband, James; her son, Robert Reed; four grandchildren, Shannon, Marie, Christie, and Bonnie; eight great-grandchildren; as well as, her brothers, Ross Babcock and Horace Babcock.

A Memorial Service will be held at the Beaver Creek Baptist Church in Rimrock May 10, 1 p.m.