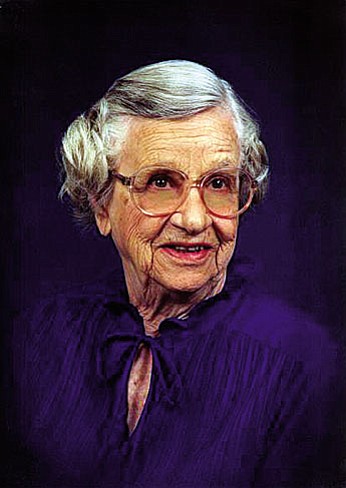 Lillian L. Van Gorder, a resident of Cottonwood, died in Sedona May 20 at the age of 98.

She was born in Marengo, Iowa, on July 28, 1909. She was the daughter of Carroll E. Lewis and Ruth Cozier (Dewey) Lewis.

Lillian was very active in her community; she was the successful owner of a Lillian's Sweet Shop in Old Town Cottonwood; she served as president of the Cottonwood Community Civic Club in 1949; she was a member of the Soil and Water Conservation Society, the Eastern Star, and Mountain View United Methodist Church.

A Funeral Service will be held at Westcott Funeral Home in Cottonwood on Wednesday, May 28, 10 a.m., following which, Lillian will be laid to rest at the Cottonwood Cemetery.