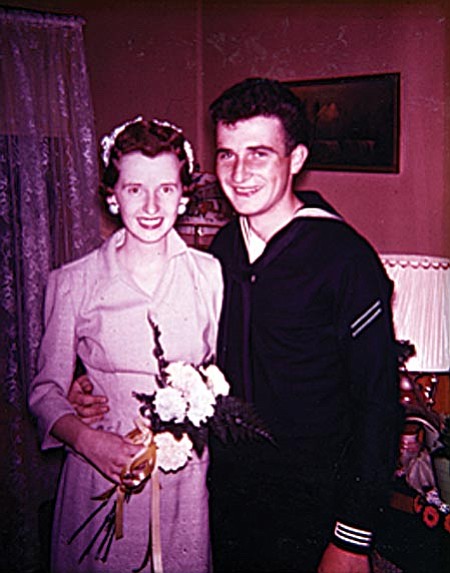 Bobby and Schuyler Lucas of Cottonwood celebrated their 50th Wedding Anniversary on May 24, 2008. They celebration began with a dinner for close friends and relatives on Saturday evening and a reception at their home on Sunday afternoon. An 80-year-old cake topper used on the 50th Anniversary cake had been first used by Schuyler's parents in 1928. It is a family antique and has been used on more than 25 weddings or anniversary occasions.The couple's three children, Doug (wife, Renee and grandson, Taylor) from San Diego, Robin (husband, Ray) from Chicago and Blake from Chicago made all the arrangements for the celebration.Bobby and Schuyler began marriage while Schuyler was in the Navy and stationed at Pt. Hueneme, Calif. After the military, Schuyler worked in the banking/computer industry and was transferred to many areas of the United States. In 1971, he returned to the University of Wyoming and received a degree in Recreation Administration and was the director of a County Recreation District in Wheatland, Wyo., for eight years. They lived in San Diego for nine years where Schuyler worked for Rohr Industries. During the years they were in Wyoming and California Bobby worked as an office manager in the Construction Management field. Bobby and Schuyler moved to Cottonwood in 1994, owned and operated Copies & More for six years, retiring in 2000. For four years they traveled by RV and worked in Yellowstone Park and Custer State Park. In recent years they have been home enjoying their family and friends and their retirement.