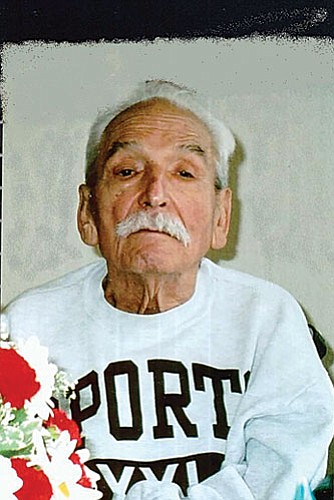 Ray was a World War II U.S. Army veteran who served in the medical corps. He retired from his auto wrecking business in Phoenix. His wife Armida died in 2006.

A visitation will be held on Thursday, Nov. 6, in Immaculate Conception Catholic Church, 5-7 p.m. The Rosary will be recited at 6 p.m.

A Funeral Mass will be held on Friday, Nov. 7, at the church at 11 a.m. Burial will follow in Valley View Cemetery where VFW Post 7400 will provide military honors.