MUHS School Board race not over yet 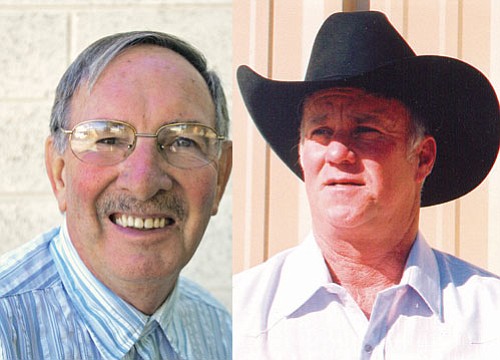 The race for Tom Parmarter's seat on the Mingus Union High School Governing Board may not be over yet. As of Nov. 15 at 2:30 p.m., challenger Mike Mulcaire had pulled to within 34 votes of incumbent Parmarter.

This race has been back and forth since Nov. 4. Mulcaire led Parmarter 3,796 to 3,752, and that count held up throughout the week following Election Day. But on the Friday after the election, Mulcaire's lead was shrinking. By Saturday, Parmarter had pulled ahead of Mulcaire 4,358 to 4,324, a narrow lead of 34 votes.

That race is now drawing tighter. As of Wednesday afternoon, Parmarter's lead shrank a little to 4,240 votes to Mulcaire's 4,210.

None of the other seats on the MUHS board are in doubt. John Tavasci Jr. now has 6,211 votes. The next highest vote earner is Brenda Zenan with 5,108 votes. Tavasci and Zenan have their seats on the board. The final seat will be decided when the race between Parmarter and Mike Mulcaire is decided.

Other candidates have seen their numbers rise also, but none are close enough to earn a seat on the board. Tom Mulcaire's vote total has risen to 3,455. Ron Agoglia has 2,715 votes, and Rodney Fielitz has 2,180.

The election results are supposed to be official Nov. 20.