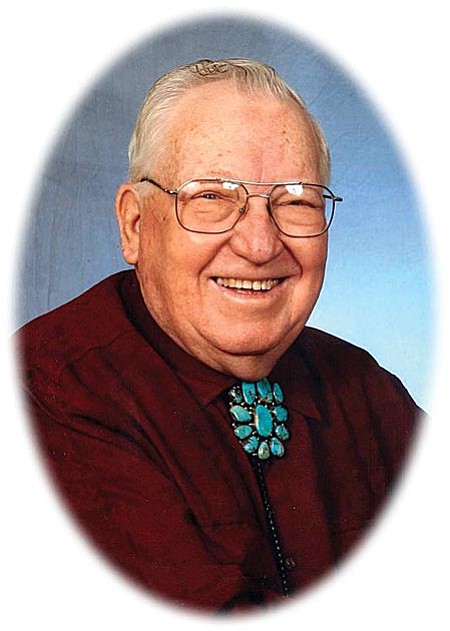 He attended St. Anthony's School in Flagstaff and received his Bachelor of Science degree in electrical engineering from the University of Arizona.

A naval veteran of World War II, he left the service with the rank of lieutenant commander from the Naval Reserves.

Mr. Hill was employed by APS from 1950 to 1982. He was married to Mary Margaret Hill and, after her death, he married Mary Beth Hill, raising two families.

A member of the Immaculate Conception Catholic Church, he was also a member of the Knights of Columbus for 54 years and was a Fourth Degree member.

His was an avid hiker and was founder of the Skyliners Hiking Club. His other interests included photography, gardening, the Naval Reserve, and APS' Kactus Kickers.

A Funeral Mass will be Nov. 24 in Immaculate Conception Catholic Church at 10:30 a.m. Burial will follow in All Soul's Cemetery with military honors.