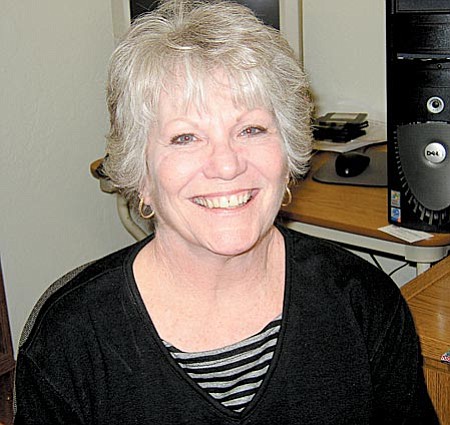 Cottonwood is closer to having a judicial review committee to make recommendations over its magistrate, but making a selection may take a little longer.

The Cottonwood City Council Monday held an unusual afternoon session in the Public Safety Meeting Room to clean up some last-minute business before the holidays.

Council members canvassed the recent franchise election. They worked out a plan for electing the lingering two-year council term after James Chapman's appointment to part of Ron Hollis' term. And, they took action on creation of a judicial review board and a new salary range for the magistrate.

However, the council failed to pass the ordinance by an emergency vote, delaying the formation of that special committee. Duane Kirby and Karen Pfeifer voted against the emergency clause, and the vote failed to pass immediately.

That means the creation of the board will be effective 30 days after a second reading Dec. 2.

Kirby objected: "I don't understand the reason for an emergency clause." He stressed that the city would not have time to advertise, screen and select the committee members and then advertise for magistrate candidates and screen them for recommendations before Jan. 23 when the judge's term expires.

"An emergency clause doesn't have any real value," he said.

"I take a lot of the blame," Mayor Diane Joens said. "Doug Bartosh and I talked about it for six months." She suggested the council not worry about the blame, but just get it done.

City Attorney Steven Horton, who monitored the meeting by phone from Flagstaff, clarified the legal issues surrounding appointment of a city judge. Council members were worried they would not be able to appoint a judge on a temporary basis, since state law requires a minimum two-year term as part of a separation of powers provision.

Horton said that state law does provide a "hold over" clause that allows a judge's term to be extended to prevent a vacancy. There is also the possibility of Pro-tem Judge Joan Dwyer to be "appointed as an interim presiding magistrate."

There was precedent of that occurring four years ago, according to the attorney, but he wanted to confirm the law on that.

Council members seemed relieved that they would not be forced into a corner by the short time remaining before Judge Richard Serden's term expires.

"I don't see any harm in that. It will be good to take a little more time," the mayor said.

In a separate action, the council agreed that the "fourth highest vote count" during the council election in the spring would be elected to the two-year term remaining from the Ron Hollis-James Chapman appointment.

Cottonwood returns to judicial appointments Tuesday night
Council seeks applications for magistrate in apparent ouster
Review on city judge up for review
New judicial review board should also do assessment of Richard Serden
Column: When running for public office, make sure your wife and kids vote
Event Calendar