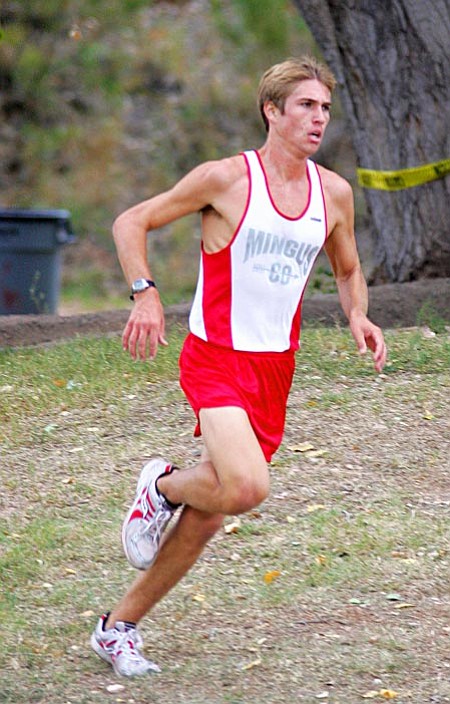 The state of American track and field reminds me a lot of the movie Lost in Translation.

In the movie, a pair of corporate globetrotters experience both confusion and hilarity because of the cultural and language differences between themselves and the Japanese.

In American track and field, the sport lost much of its audience 30-some years ago when it converted its distances to European metric standards.

The result is that some meaningful achievements have been "lost in translation."

The times are significant. More on that in a minute. What spoils the significance is the distance; 3,200 meters, 1,600 meters, the Average Joe hasn't a clue what you're talking about.

It's the very reason the sport has lost the kind of audience in had in the 1970s and decades prior. Back then, people knew what a sub 10-second hundred-yard dash - the length of a football field - meant. They understood how good a kid was who could run a quarter-mile in less than 50 seconds, or a half-mile under 2-minutes, or a sub-4:20 mile. In Cottonwood, and the rest of the Arizona for that matter, they understood what it meant when Mingus' Mike McFadden won the 1974 Class A state championship in the 2-mile in 9-minutes, 26-seconds.

One year later, I was a teammate of McFadden's at Central Arizona College, where he earned All-American honors in cross country. For the past four years, I've suspected that Tim Freriks would be the guy to finally erase Mike's name from the Mingus record book.

That in itself should tell you something. McFadden's 1974 state championship time for two miles, converted over the years to 3,200 meters, had held up as the Mingus standard for 35 years.

It was an outstanding high school record.

Freriks improved upon it ... considerably.

To further put it in perspective, the web site azmilesplit.us lists Freriks as just one of two Arizona high school runners to achieve "US Elite First Team" status at 3,200-meters. In addition, he has the state's fourth-best time at 1,600-meters, or for us old-timers, one mile.

In other words, just to ensure nothing is lost in translation, Tim Freriks ran an amazingly fast race Saturday Chandler Rotary Invitational.

It's a remarkable achievement.

O'Donnell still has a slew of athletes he coached who were among the best who ever ran for Mingus.

During the time he coached McFadden, O'Donnell had an amazing stable of runners that included Duane Badger, who still owns the Mingus record at 400 meters. Other great Mingus runners from that era included Kim Tabeling, Robert Nelton and the late Albert Pender.

And what makes that era all the more remarkable is that Mingus did not have a track on which to practice. Much of their work was done on the old ball field at the Clarkdale-Jerome School. The rest was done on dirt roads and trails through the desert.

O'Donnell, no doubt, was a master of improvising.