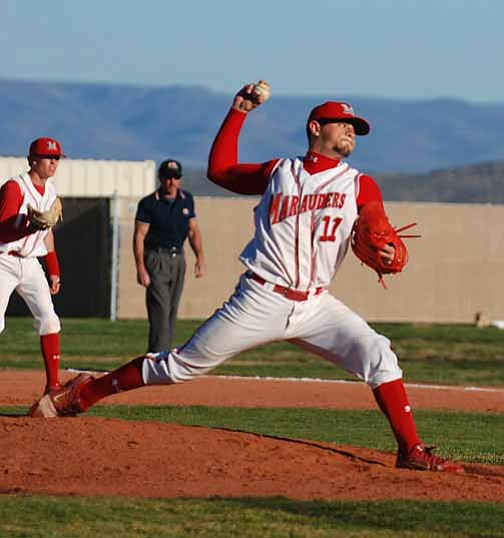 VVN/J. Pelletier The Mingus Union baseball team is in the top spot in the Grand Canyon Region and is also the top team in the State in the 4A II Conference according to Power Points.

The Marauders went on a hitting spree in Prescott Valley on Tuesday when they overpowered home team, Bradshaw Mountain in a 13-1 win in seven innings.

Tony Vocca led the Marauders on the mound. He faced 25 batters, allowed six hits, no walks and struckout 10.

The Marauders traveled to Page on Thursday for the second half of the region schedule. The Marauders return home for a game against Flagstaff on Saturday. The game is scheduled for 11 a.m.