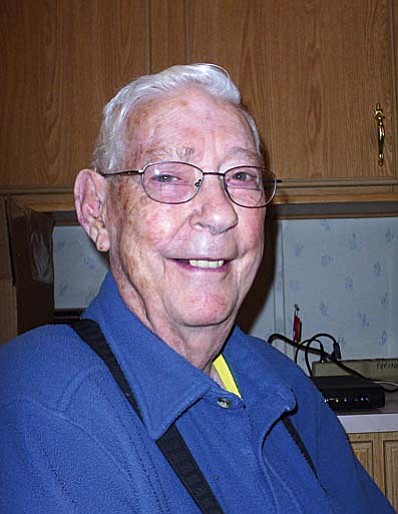 Robert Wade Preston, 86, of Cottonwood AZ, passed away peacefully in his home surrounded by his immediate family on July 30, 2009.

Wade was born in Pima AZ on June 23, 1923 to the late William and Phyllis (Walser) Preston where he was raised with his three sisters and six brothers (two baby brothers died at an early age) on the family farm in Pima.

Wade, a World War II Air Force Veteran, served in the South Pacific in the Northern Marianas Islands and worked on a ship, which repaired B-29 bombers from 1943-1945.

He graduated from Northern Arizona University in 1951 and received his Masters in History and Education in 1954. Wade began his career as a school teacher in Parker, AZ, in 1953.

The majority of his teaching years were at Flagstaff High School as a typing and history teacher where he retired in 1983 and moved to the Verde Valley.

Funeral services will be held 10 a.m. Tuesday Aug. 2, 2009, at The Church of Jesus Christ of Latter Day Saints Cottonwood Stake Center,1377 Hombre Drive, Cottonwood, AZ, with a visitation one hour prior to the service.