Still no budget progress for state 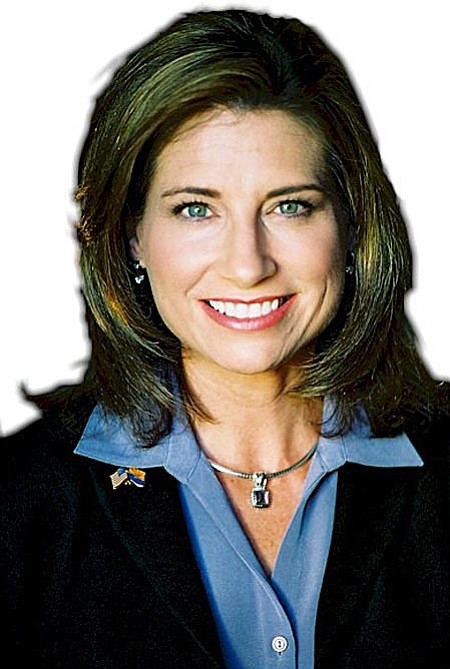 Sen. Pamela Gorman, R-Anthem, resigned her post as majority whip. Gorman is one of two Republicans who said she won't vote to send the tax measure to the ballot, putting her at odds with Burns and Gray, the other members of the leadership team.

PHOENIX -- State senators once again postponed voting on a final budget after Senate President Bob Burns said he still does not have the votes for a key element of the package.

After a closed-door caucus and some behind-the-scenes meetings, Burns sent senators home until Friday. But it remains unclear whether he can get the necessary 16 votes by then, as two of the 18 Republican senators are already against it and Senate Majority Leader Chuck Gray, R-Mesa, is on a cruise in the Caribbean through the end of the week.

Burns said, though, he probably can get Gray back to the Capitol in an emergency.

That presumes, though, every other Senate Republican is willing to support the controversial element that is holding up the deal: Asking voters to approve a temporary sales tax hike while enacting permanent property and income tax cuts which would take effect whether or not voters approve the ballot measure.

Senate Minority Leader Jorge Garcia, D-Tucson, said he is confident Burns cannot round up the votes. What that means, Garcia said, is that Burns will have to start dealing with Democrats and changing the package more to their liking. That means no tax cuts, at least not now, and smaller spending cuts.

Burns said Tuesday that remains a possibility. But he said renegotiating the deal would take time, which is running out.

The Secretary of State's Office originally had said they needed final legislative action no later than this Thursday to put the tax measure on the Nov. 3.

On Tuesday, though, Secretary of State Ken Bennett, after conferring with election officials from all 15 counties, said he could stretch that -- but only a bit. Bennett said he needs a legsilative vote by the end of the day Monday to hold the election on the first Tuesday in November.

Lawmakers remain free, however, to schedule an election later that month or even into December.

The push to line up the votes came as Sen. Pamela Gorman, R-Anthem, resigned her post as majority whip. Gorman is one of two Republicans who said she won't vote to send the tax measure to the ballot, putting her at odds with Burns and Gray, the other members of the leadership team.

"I believe our ideological and philosophical differences on important issues like taxes and spending make it necessary for me to resign my position,' she wrote in her e-mail to Burns. "I simply cannot support Senate leadership s position on the sales tax and the budget when I continue to believe that raising taxes in a recession is the wrong thing to do.'

Sen. Steve Pierce, R-Prescott, was named acting whip, a job whose duties include helping round up the votes for the plan.

The proposal to seek voter support for temporarily higher sales taxes has been a non-negotiable demand of Gov. Jan Brewer.

That plan calls for a one-cent surcharge on the state's 5.6 percent sales tax to be in effect for 2010 and 2011, dropping to a half-cent addition in 2012 before going away. Brewer estimates a full penny could raise up to $1 billion a year, though the soft economy and reduced consumer spending could bring in a lot less.

Gorman and Sen. Ron Gould, R-Lake Havasu City, the other senator who has said he won't vote for the tax referral, are not the only ones who believe tax hikes are a bad idea. But others have agreed to go along, albeit for reasons of their own.

"You've got the Obama nation, they're printing money faster than they can spend it, with no backing for it,' he said. "Families (are) already hurting, record foreclosures, a 26-year-high in unemployment, I can't imagine them passing an additional tax on themselves.'

The plan contains about $700 million in new spending cuts on top of more than $500 million already made in January. Brewer said she wants to give voters a chance to approve higher sales taxes to minimize those cuts.

Pearce said, though, voters should reject the measure to send a message.

"You've got a governor who isn't listening very careful, you've got a Legislature that isn't willing to cut significantly,' he said. "We've been very reckless in our spending policies.'

The other reason some Republicans are supporting the vote referral is that it is part of a package: The same legislation which sends the measure to the ballot also permanently repeals the state property tax.

That hasn't been levied since 2006 when it was suspended as part of a political deal between the Republican controlled Legislature and Democratic Gov. Janet Napolitano. But unless lawmakers act, that suspension lifts this fall and the tax, which would raise $250 million a year, will return.

Backers contend that lower taxes create a more favorable business climate to encourage firms to locate or expand in Arizona.