Daniels faces prison for sex with student
Former teacher returns to the court for sentencing Sept. 22 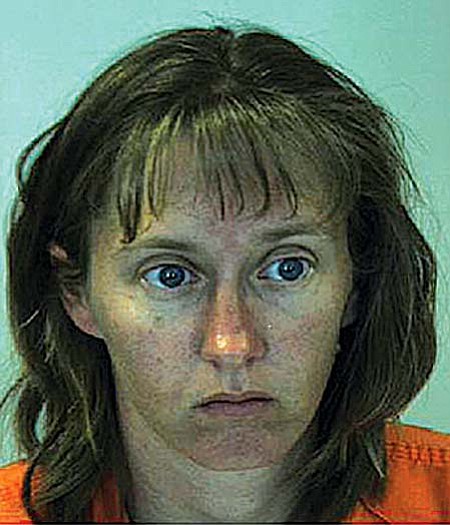 CAMP VERDE -- A former Cottonwood teacher is headed to prison after pleading guilty this week to having sex with a 17-year-old student. The plea signals the end of her teaching career.

Emili Kay Daniels, formerly a biology teacher at the American Heritage Academy, was caught red-handed by the school's principal in a locked classroom with the boy in March. His pants were undone and underwear exposed when the administrator unlocked the door.

Daniels was terminated immediately and Sheriff's deputies WERE called.

She was released after several days in the county jail when she posted the $20,000 bond.

At the end of a Tuesday hearing, the 34-year-old woman was returned to custody after she pleaded guilty to a single charge of sexual conduct with a minor and three counts of attempted sexual conduct.

There is no probation available for the single count of sexual conduct with a minor, which occurred in November, according to the plea.

The class-2 felony crime could bring a sentence as long as 12.5 years in prison or as little as three years. The presumptive term is five years. Daniels must serve every day of the sentence, called flat-time, without the chance for early release.

Daniels was originally was charged and then indicted for three counts of sexual conduct and a single count of attempted sexual conduct with the minor.

Police interviews with the student indicated, the teacher and student began their relationship last October, but it turned sexual the following month.

The boy told police that the two were involved in sex acts three times in and around the classroom before the arrest.

Special conditions of the plea require that Daniels register as a sex offender, submit DNA for identification and HIV testing. She may not have contact with anyone under 18 and "shall not go to or loiter near school years, parks, playgrounds or other places primarily used by children under 18" or "socialize with anyone who has children under 18."

Judge Tina Ainley, explaining the consequences to Daniels, said the law calls for her to spend three to five years in prison on the plea and that probation was not an option.

Daniels returns to the court for sentencing Sept. 22.