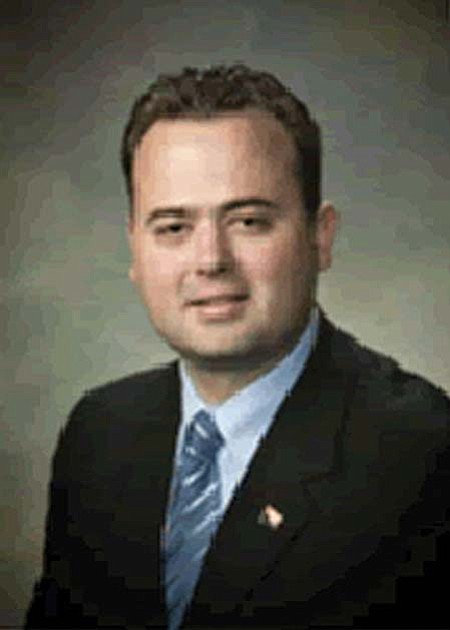 PHOENIX -- The future of whether Arizonans will get a chance to hike their sales taxes to balance the state budget depends on whether House Democrats are willing to go along.

House Speaker Kirk Adams, R-Mesa, said Monday night he cannot get enough votes among Republicans to send a measure to the ballot this spring seeking a temporary one-cent hike in the state sales tax.

Gov. Jan Brewer wants the additional revenues -- potentially $1 billion a year -- to help balance the current and future budgets without the need for what she has called "devastating' spending cuts.' And she wants the vote authorized this week in special session to get the plan before voters this spring.

The House actually voted for a sales tax referral earlier this year. But Adams said the only reason he got the votes was that it was linked to tax cuts.

"It was successful because of that,' he said. "If tax reductions are not included in the special session, it is not clear at all that we have the votes for it.'

But Senate President Bob Burns, R-Peoria, has said he cannot sell that plan in his chamber.

In fact, Burns could not get enough Republicans to go along with a sales tax referral earlier this year, even linking that with future tax cuts, Burns already is counting on Democrats in his chamber to provide the necessary votes.

And Brewer, anxious for that tax referral, has sided with the Senate in seeking a simple tax hike referral now, with and a promise to consider tax cuts at some future date.

"There's a lot of enthusiasm for tax cuts, which I support -- into the future, not immediately,' Brewer said Monday.

Adams' admission that he can't get the necessary 31 votes out of his 35-member GOP caucus puts focus on the 25 Democrats in the 60-member House.

Democrats refused to vote for the sales tax referral last time, specifically because it was linked to future tax cuts. The argued that the amount gained in revenues to save education and social programs they favor would quickly be eclipsed by the tax cuts.

And they were unwilling to accept Republican arguments that just the promise of future tax cuts would provide the necessary stimulus to jump start the state's sluggish economy.

But House Minority Leader David Lujan, D-Phoenix, said Monday night Democrats may be willing to provide the votes for a simple sales tax referral -- as long as it is not linked to future tax cuts.

"We've said all along that we think we need additional revenues,' he said. At this point, though, Lujan said the question is purely academic, as neither Adams nor Brewer has broached the subject with him.

"It would be nice if they'd actually call us and ask us,' he said.

At this point it is unclear whether the special session would occur Wednesday or Thursday. If a deal can be reached -- and if Democrats go along with an expedited schedule -- the changes could take just one day.

There is more than the sales tax hike on the table for the session. One involves sending another measure to the ballot, this one asking voters to give legislators authority to trim certain spending.

A 1998 constitutional amendment bars lawmakers from altering any program mandated by voters. About half the budget is covered by that prohibition, including providing free health care to everyone below the federal poverty level and automatic inflation-linked increases in state aid to public education.

Sen. Barbara Leff, R-Paradise Valley, said lawmakers need to be able to make temporary adjustments in voter-mandated programs when, as now, state revenues do not keep pace with mandated spending.

The change lawmakers want, which would have to be ratified by voters, would set up conditions under which voter-authorized programs could be temporarily trimmed to divert funds elsewhere.

Leff, the president pro-tem of the Senate, said the exact wording of that ballot measure is still being worked out.

Even if voters give the OK, that doesn't guarantee any funds will be transferred.

"For me, protecting education is No. 1,' Leff said.

Lawmakers also want to trim at least $100 million in spending. While legislators cut about $300 million last month and found another $160 million in savings, that still leaves the current budget about $1.6 billion in the red.

Brewer would not talk with reporters after the two-hours closed-door meeting with GOP legislative leaders. Instead, gubernatorial press aide Paul Senseman said she is "continuing to press the Legislature for substantive action on the budget this week.'