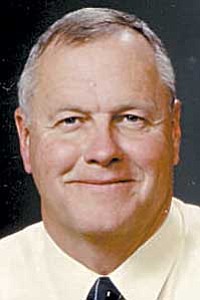 Public school districts in the Verde Valley, as well as throughout Arizona, are faced with severe budget cuts coming from the state. Those cuts will affect the remainder of the current fiscal year, but they are expected to be even deeper for the next fiscal year.

The proposed federal stimulus package - the American Recovery and Reinvestment Act of 2009 - would help schools with grants to education.

Last week, during a joint session of all Verde Valley school districts' administrators and board members, Yavapai County Superintendent Tim Carter told the attendees that the federal bailout money would not offset the cuts coming from the state.

Even so, the grants that have been proposed would give some desperately needed relief to area schools.

Although the federal stimulus has not been approved yet, estimated allocations to all of Arizona's school districts have been published. The grants would come in three categories: Title-I, Construction and IDEA (special education).

C-OC Superintendent Barbara U'Ren explained that funds from Title-I grants are restricted in how they can be used. Those monies must be used for programs designed to help "academically-at-risk" students. She said the district currently receives about $500,000 in Title-I funds. The grants for Title-I under the stimulus package would be an increase.

She said Title-I money would allow the district to hire teachers for small groups of at-risk students. "It will be a great help for us," she said.

The construction grant, which will be one-time grant, allows districts more leeway in how it is used.

"There are a number of ways we can utilize the monies," U'Ren said. Large projects, such as building classrooms, would have to be planned and approved by the governing board.

U'Ren said some of that construction money could be used for retrofitting and renovation. She gave the example of replacing outdated electrical equipment and supplies to achieve more energy efficiency.

C-OC District is always struggling with funding for special education, according to U'Ren. Although she doesn't want the district to become dependent on the special education grant money because she knows it won't last, she will welcome the grants. "It will help," U'Ren said. "It will give us a two-year grace period."

Kirk Waddle, business director for MUHS, said the stimulus package won't help with the overall budget cuts from the state, but would help with the restricted programs for which they are earmarked.

"The construction one will help a lot," Waddle said. "Our preference is to use local vendors." The use of locally preferred vendors is somewhat restricted by procurement procedures.

Waddle said the federal construction grant might be used with the money from the district's current bond for the renovation project. "There are some projects listed to be done with leftover bond money," he said.

There are plenty of other projects the district could use the federal grant money on. "Our parking lots need to be resurfaced," Waddle said, as only one example of work the district needs.

Superintendent Kathleen Fleenor said the construction money would be used for renovation. "We have a long-term plan," she said. "It's a seven year plan of things that need to be done."

Fleenor said work has been done on the plan, such as new carpet for two classrooms each year, and the district is now replacing old heaters.

"It's up to the board," Fleenor said, "but we would have to look through that plan. The one thing that hasn't been done is the roofing."

Van Handel said the Arizona School Facilities Board will not allocate money for roofs until a roof completely fails.

He said if the money is used for roof projects, the district might use the federal stimulus grant to leverage an even bigger project. While roofs are being repaired would be the right time to install conduits and support structures to hold up solar panels.

Superintendent Karin Ward said the $86,500 for construction would be very helpful but wouldn't go very far. "I actually have a list on my wall of all the projects," she said.

"We have rooms that need to be carpeted," Ward said. "There are so many things."