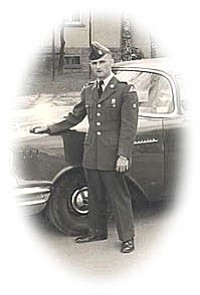 Manfred Schweikert, 73, of Cornville died February 19. He was born April 25, 1935 in Eshenau, Germany, the son of Adolf and Lina Glaser Schweikert.

Manfred immigrated to the United States in 1960 from Germany with his wife Inge and young son, Uwe. He joined the U.S. Army for four years, discharged honorably in 1964. Manfred worked tirelessly for over 50 years, including 20 years as a carpenter for the City of Flagstaff. He eventually owned his own home, raised his family and realized the American dream.

Manfred had a special love of hiking in the mountains, travel, and was an avid sports fan.

He was preceded in death by his parents, brothers Otto, Rolf and Ernst, and sister Louise.

He is survived by his wife of 49 years, Ingeborg; sons Uwe and wife Nancy of Austin, Texas and Eric of Redondo Beach, California; a daughter Ursula of Cornville; brother Heinz of Germany and sisters Hilde, Erna and Lore of Germany; three grandchildren Chimene, Chrystal and Summer.

A graveside service will be held Monday, February 23 in Citizens Cemetery in Flagstaff at 11 AM.

Donations in his memory may be made to Northern Arizona Hospice, 269 S. Candy Lane, Cottonwood, AZ 86326.