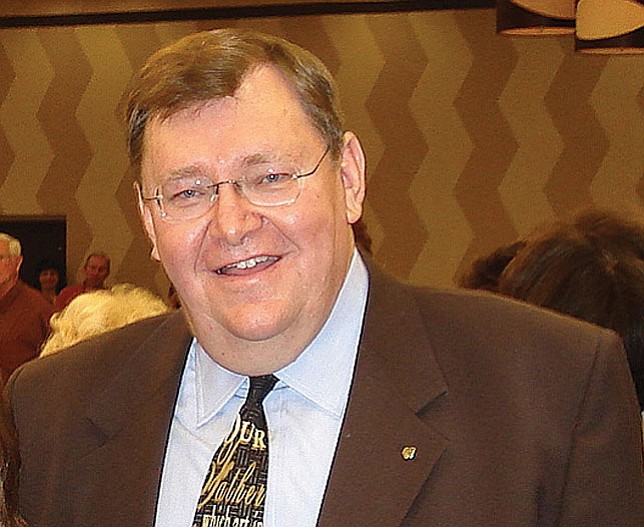 The Verde Valley will recognize Steve as the morning show host of "First Light with Steve White" on Radio Shine (90.9 FM) out of Prescott. Steve's wisdom and great humor ranks him among The Garden's favorite guest speakers.

In addition to his morning show duties on Radio Shine, Steve serves as the Vice President and General Manager of Grand Canyon Broadcasters which owns and operates the station. It has grown to one of the most powerful radio stations in Arizona. Licensed to Prescott, Radio Shine reaches from Flagstaff to Phoenix with Christian programming and music and was named the "Best Station of the Year" for 2008 in Northern Arizona by Market Surveys of America's "Best of Lists". Steve's morning show was recently rated the most listened to morning show in the Flagstaff-Prescott Market in the spring of 2008. (©2008Market Surveys of America ©2008 Arbitron, Inc)

Steve is a true professional in every sense of the word. He has made some very significant contributions to the Christian broadcasting industry. He managed some of the first stations that carried such programs as "Focus on the Family" with Dr. James Dobson, "Grace to You" with Dr. John MacArthur and "Insight For Living" with Chuck Swindoll and made contributions to their early stage development. Steve has served as a consultant and engineer in the development and upgrading of numerous Christian television and radio networks. He has taught broadcasting on the college level and continues to consult. Steve was also the producer and host of the award winning syndicated weekly radio program "One on One Sunday" which was the recipient of the coveted Wilbur Award in 1991 as presented by the Religious Public Relations Council. An alumnus of Wayland Baptist University, Steve is also an ordained minister and has served as a pastor at several churches in Texas and Indiana.

Following his speaking engagement at The Garden on the morning of March 1, Steve (along with his broadcasting co-host, Dave Schreiber) will act as host for the "Sunday Nite Live!" variety show on the evening of March 1 beginning at 6 p.m. at The Garden. The program, celebrating classic rock and roll, will benefit Y.E.S. The Arc.