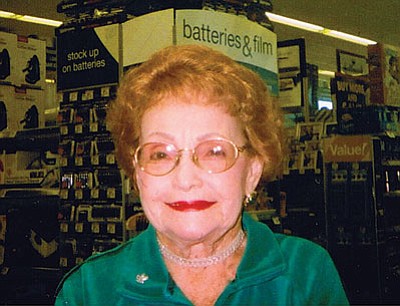 She graduated from Preston High School in 1942. She later married Vance Beck Jr. in 1945 in Ogden, Utah. Millie and Vance lived in Idaho for several years where they raised their three children.

Millie worked and retired from United Heritage Life Insurance Company in December of 1981. After retirement Millie and Vance moved to Camp Verde where they lived until her passing.

Funeral services will be 10 a.m. Saturday, Jan. 3, 2009 at the Church of Jesus Christ of Latter-day Saints Camp Verde Chapel, 360 Fifth Street, Camp Verde with a visitation one hour prior to the services. Interment will follow at Clear Creek Cemetery. Bueler Funeral Home assisted the family.