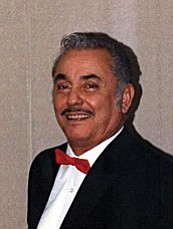 He was a Navy veteran of World War II.

After his retirement, he was active in the Elks Lodge #2450, where he served as Exalted Ruler. He was also a member of American Legion and Immaculate Conception Catholic Church.

A memorial Mass will be held Wednesday, Jan. 14 in the Immaculate Conception Catholic Church at 10:30 a.m.

He will be inurned at Riverside National Cemetery in Riverside, Calif.