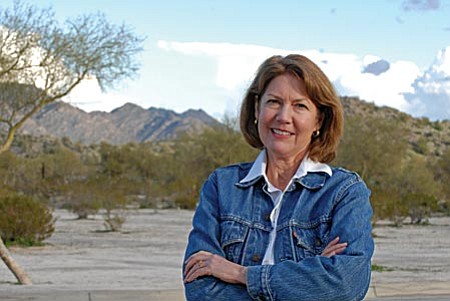 Freshman Democratic Congresswoman Ann Kirkpatrick returns to the Verde Valley this weekend as part of a whirlwind visit to parts of the district, helping to fulfill a promise that she would be visible in the district she represents. She says that she wants to spend as many weekends as possible in Arizona.

Kirkpatrick is arranging a meeting with business leaders Saturday and will meet with mayors of the five Verde Valley cities and towns afterward.

Economic recovery is likely to be a priority issue when she speaks with local representatives. In December the Flagstaff attorney turned Arizona House member before Congress asked local officials to propose some "shovel ready" projects that may qualify for among the $825 billion in economic stimulus money.

The congresswoman wants to hear from local business leaders regarding the state of the local economy and their feelings about the Economic Recovery Package.

Cottonwood, Clarkdale and Camp Verde have made proposals to put some stimulus money to work in their communities.

Cottonwood has submitted a list of projects, mainly street improvements and fire hydrant projects which are already in the pipeline for design valued at $24 Million.

Kirkpatrick is also expected to discuss her committee appointments. She will to continue to work with Janet Napolitano, now the new chief of the Homeland Security Departments as a member of the House Committee on Homeland Security.