C-OC District builds leadership from within 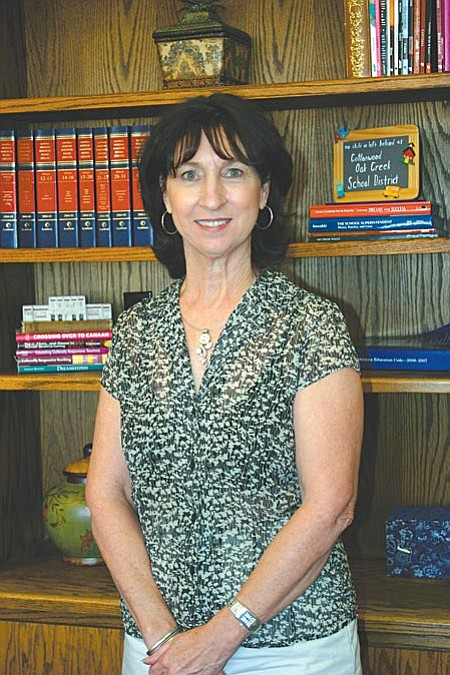 A tradition has developed over time at Cottonwood-Oak Creek School District of identifying and grooming and promoting leaders from within the district.

It is part of the district's culture.

It has allowed changes of administrators, from assistant principals to superintendent, to occur in a seamless manner.

In an effort to both continue and enhance this tradition, C-OC now has its own internal Leadership Academy. The academy not only seeks to create the district's administrators of tomorrow but also to mentor leadership qualities at all levels, throughout the district.

"Cottonwood-Oak Creek School District has always had a strong culture of promoting internal leadership," said Superintendent Barbara U'Ren. "The Leadership Academy is an effort to continue that culture of identifying prospects and to provide a new avenue for these aspiring leaders to learn with, and from, each other."

U'Ren said some of the academy participants will continue as classroom teachers, while others will take a more active role as a teacher leader. Still others have aspirations to take school-level and district-level leadership roles.

"Knowing that the market for well-qualified school and district leadership is sparse," U'Ren said, "it is even more important to bring internal aspiring leaders together to become a connected team." That team, in turn, has a united purpose: to prepare students for the 21st Century.

U'Ren said the district currently has 18 people in its first cohort. "This group will stay together for two years of training."

Those participants will take part in six leadership modules during the academy. The modules are based on the Interstate School Leaders Licensure Consortium standards. Three of the ISLLC standards are covered in each of the two years.

Yavapai County Superintendent Tim Carter's office has helped C-OC get the academy up and running with funds from grants.

"These funds are being used to help create the curriculum and provide consultants for two of the initial six trainings," U'Ren said.

She said that as the program grows, the district's own leaders will conduct more of the trainings.

"Our hope is to create a curriculum and a training model that will sustain leadership in our district," U'Ren said.

U'Ren believes that other districts will use the C-OC Leadership Academy model as those districts look internally for their up-and-coming leaders.