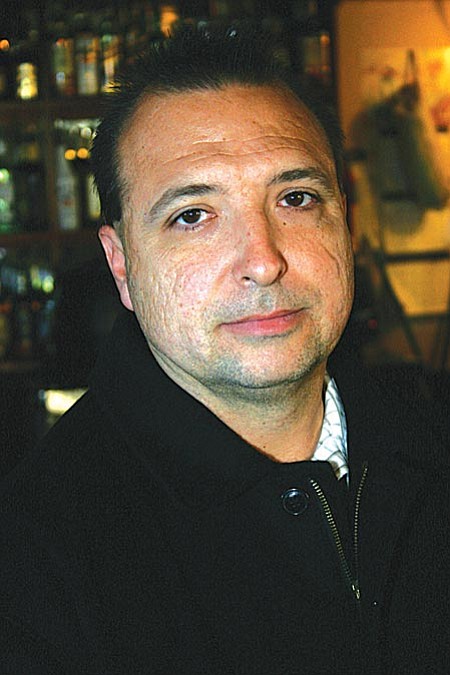 Jerome businessman Eric Jurisin: "I couldn't possibly be more against this ... What is historically correct about solar-powered kiosks that take credit cards?

JEROME -- The Jerome Town Council may adopt a parking fee ordinance to help balance the town's budget. At least some local business people and residents are against the idea.

Police Chief Allan Muma presented a generic ordinance requested by the council. The council may make changes or additions before adopting Ordinance 360.

Muma said he was asked to draft an ordinance for the council to consider. He said he checked with other communities to come up with one that might closely fit the needs of Jerome.

The ordinance would enforce parking fees in the town's commercial district only. It would be based on the use of pay stations and a rate of $2 per day if approved by the council.

Muma said that a fee in the commercial district would send some people into residential areas to find free parking.

Exemptions to paying a fee for parking in the commercial district likely would include vehicles with residential parking permits, handicapped permits or annual parking permits for shop owners and employees.

Under the sample ordinance prepared by Muma, residents would be allowed up to two free residential parking permits but might be allowed to purchase up to two additional permits.

Muma told the council that currently the State of Arizona takes about 80 percent of the money collected for parking violations. But the town could create a parking bureau and then keep the revenue from the fines.

Fire Chief Rusty Blair said the parking fees would be in place from near the fire station at Grapes Restaurant down Main Street to the Flatiron Café and also would include both of the lower parking lots.

He said research has shown that solar powered kiosks would work more efficiently and cost effectively than parking meters.

Mike Parry presented some revenue and cost estimates to the council. Three parking kiosks, including installation, would cost the town $44,605. Five kiosks would cost nearly $70,000.

He estimated that 296 parking spaces would turn over 1.5 times a day for a total of 444 permits a day.

Restaurant owner Eric Jurisin said, "I couldn't possibly be more against this." He said his two restaurants are having the best year ever because of the improved parking lot at the 300-Foot Level.

"What is historically correct about solar-powered kiosks that take credit cards," Jurisin asked.

Christine Barag, manager of the Jerome Historical Society's Mine Museum Gift Shop, agreed. She said the kiosks would not fit the historical nature of Jerome. She also said she strongly believes the $2 fee would bother some tourists and customers.

Other business people expressed opposition to the idea.

Annie Kelly, town planning administrator, said there are shop owners parking in front of their own stores. "We have to do something to increase revenue if the town is going to survive," she said.

The council set a special meeting on the parking ordinance for July 22 at 7 p.m. at the main fire station on Main Street.