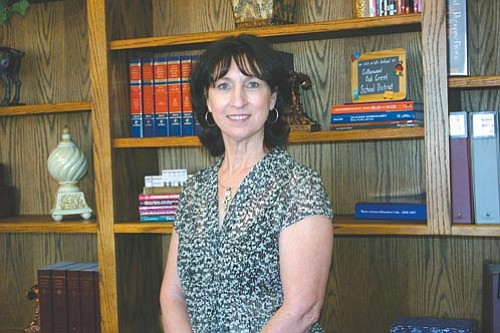 COTTONWOOD - Budget cuts have hit teacher-staffing levels harder at Cottonwood-Oak Creek School District than at Clarkdale-Jerome or Mingus Union districts. C-OC RIFed 26 teachers but has been able to bring back 11. MUHS RIFed four teachers but brought back two. Clarkdale-Jerome didn't RIF any teachers.

Clarkdale-Jerome School District did not have to send out reduction-in-force notices in April when most school districts did.

"We were lucky this coming year," said Clarkdale-Jerome Superintendent Kathleen Fleenor. "Due to retirements and resignations we didn't have to release anyone."

But Fleenor warned that this issue might not be over. "Depending on the economy," she said. She said the next budget year might be harder than this one was.

Mingus Union High School sent RIF notices to 20 teachers back in April. By law, districts had to issue RIF notices before April 15 to teachers with three or fewer years on the job. If the notices were not sent, a district could not terminate those teachers.

"We RIFed four for sure," said Superintendent Tim Foist Monday. "But we hired back two out of the four.

"We helped a third one get a position closer to her home where she grew up."

Things have been tougher for C-OC Superintendent Barbara U'Ren and her teachers. With five campuses and around 2,400 students, C-OC is the largest school district in the Verde Valley.

The district suffered a 9-percent cut in its maintenance and operation budget from last year, losing more than $1.1 million on that single line item.

She said that 25.5 teachers were given RIF notices by law by May 15. "Two of those did not return for lack of proper certification, and one was terminated for poor performance," U'Ren said.

"We knew that we were going to lose teachers," U'Ren said, "but we were hoping to keep the loss at a minimum."

Unfortunately, the state's inability to produce its own budget forced districts such as C-OC into a waiting game. The administration and governing board was forced to make some decisions regarding acceptable class size and then set staff levels accordingly, according to U'Ren.

"Core subjects will not be affected," U'Ren said, "and will continue to be taught by highly qualified, certified teachers." She said that's the reason the district had made staffing changes.

Because of a reduction in enrollment numbers, U'Ren says class size will be only minimally affected.

U'Ren said that no staff received RIF notices, but some staff and administrative positions were lost. The district eliminated three half-time assistant principals, one district director, one district technology instructor, one and a half aide positions and two custodial positions.