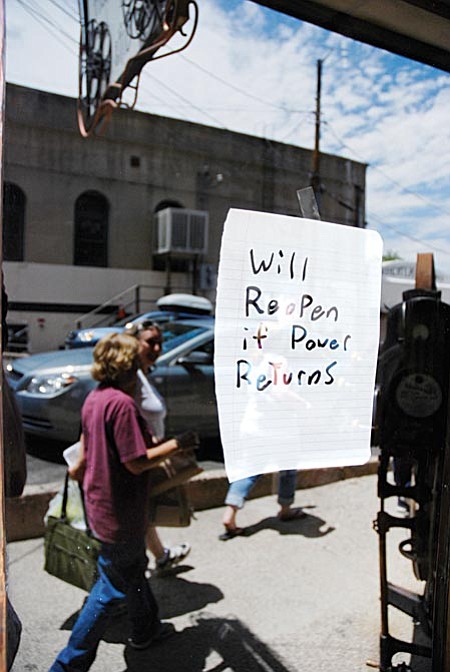 A widespread power outage Wednesday resulted from a failure on a power pole located between #1 Foods and Mold-in Graphics. The outage also sparked a brush fire beneath the pole, that was quickly extinguished by Cottonwood Fire crews. Power was out from 11:40 a.m. until 2:20 p.m., about 2 and a half hours and affected about half of Clarkdale and all of Jerome. An estimated 900-customers were without power during the repair. Rick Herbert, Construction Maintenance Leader for APS says the pole includes two circuits including the feeder for Jerome. The wires began to hit each other and sparks triggered the fire. Its believed that the anchors that support the pole at the end of the guy wires had come loose, possibly after the road construction last year. Crews pulled the guys again to get slack out. Herbert says there still will be more work to complete on the pole.