Make a weekend of 4th of July 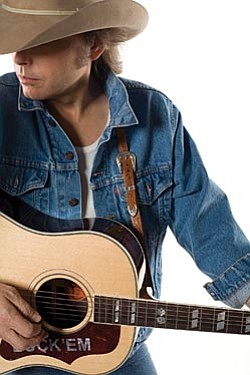 There is plenty to do around the Verde Valley as Independence Day organizers make a full weekend of the Fourth of July. Here's a sampling of the events:

It will be Guitars, Cadillacs and Fireworks at Cliff Castle Casino's Stargazer Pavilion for the July 3 Independence Day concert.

Residents, businesses and visitors have a very special treat in store on July 4 in the Village of Oak Creek. An All-American Road Celebration will be hosted by Tequa Plaza and its Kiva Courtyard from 10 a.m. to 1 p.m. The event is sponsored by the All-American Road Committee and the Sedona Village Business Association.

While the SR179 road construction in the Village has been finished for several months, the much-anticipated enhancement project is finally being completed. Crushed rock, trees, and plants in the ADOT right of way/medians/roundabouts along with lighted sidewalks and pocket rest areas make an attractive and welcoming difference in

the Village's 1.5 miles of Red Rock Scenic Byway, which is Arizona's only All-American Road.

The festivities on the 4th will include a blessing of the road by Apache elder Vince Randall; a symbolic ribbon-cutting under the Tequa arch; a parade of classic and antique cars on the Village section of the Red Rock Scenic Byway; music by J&B on the Rocks, and a patriotic culinary treat from the All-American Road Committee.

There's a bike-decorating contest for the kids and a dance lesson for everyone. With the All-American Road Celebration, a Veterans of Foreign Wars event at Weber's IGA most of the day and a Village of Oak Creek Association picnic in the VOCA park from 4 p.m. to 7 p.m., it will be a memorable Village Fourth.

Beaver Creek: It's a Party

Everyone is invited to participate in the people's parade down Montezuma Avenue from Sycamore Park at the bridge to Rollins Park in Lake Montezuma. It's even more fun to be in the parade than to watch it. So please register at the Montezuma-Rimrock Fire Station (567-7428) through July 2. Late entrants are welcome to join the parade, too. Children and adults, walkers, cyclists, and motorized vehicles of all types; dogs, horses, and other pets; floats, signs, organizations, individuals, families, friends: just join us for a joyful experience. Meet at the Sycamore Park between 8:30 and 8:45 a.m. to get in line for the parade.

This year the Grand Marshal of the parade will be Karin Ward, superintendent/principal of Beaver Creek School District. She will lead the parade, then sit in front to watch the show. She has also volunteered to be a target for the Kiwanis Key Club water balloon toss afterward, a student club fund-raiser.

Before the parade, enjoy the BC Kiwanis donation pancake breakfast at Rollins Park from 7 to 9 a.m. Immediately after the parade the BC Baptist Church will serve free hotdogs and the BC Adult Center will have ice cream and desserts at good prices. There will be free water and lemonade available throughout the morning. After the parade is over and the hotdogs eaten, the parade ribbon winners will be announced followed by musical entertainment and children's games. At noon the annual Duck Race begins at Sycamore Park.

The annual Old Fashioned Fourth of July festivities in the Clarkdale Town Park begin at 7 a.m. with the Raising of the Colors by the Veterans of Foreign Wars and a pancake breakfast hosted by the Clarkdale Police Department and Clarkdale Fire District.

The Kid's Parade will start at 9 a.m. beginning at the Clarkdale-Jerome School. This year's parade is hosted by the Clarkdale Chamber of Commerce. The parade route will head down Main Street and turn at Town Hall. Additional seating for observers will be available along the business fronts on Main Street. Prizes will be issued for each of the following categories: Red, White and Bluest, Most Original, Best Decorated Pet, Best Decorated Bicycle, Best Decorated Wagon, Most Patriotic Group, and Chamber's Choice. Those interested in participating must register with a parent/guardian beginning at 8:15 a.m. at the Clarkdale-Jerome School. There is no cost to enter the parade. The parade is limited to children age sixteen and under. Entries with animals are limited to household pets only, weighing no more than 50 pounds. All pets must be on leashes and must be held by someone strong enough to manage them. Younger children may be accompanied by one adult. No commercial entries or motorized vehicles are allowed in the parade. Parade rules and registration forms are online at www.clarkdale.az.gov.