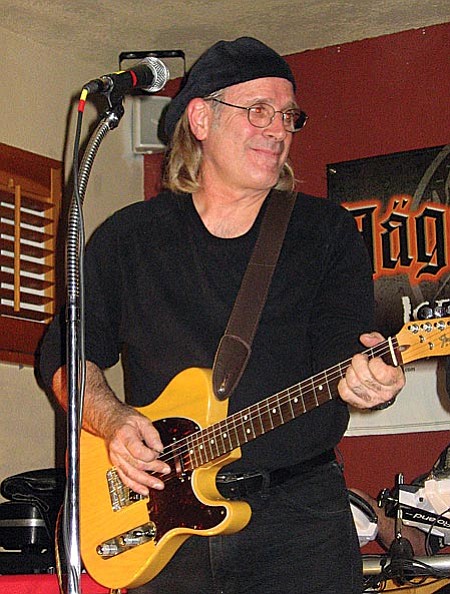 For the past three years, on May 24, Joe & Kris Neri, owners of The Well Red Coyote bookstore in West Sedona, have hosted a birthday party for Bob Dylan.

It featured live musical performances by local musicians, all Dylan songs, as well as the mandatory birthday cake.

No, Bob hasn't shown up yet, but, "We do invite him every year and always save a piece of cake for him, too," Joe Neri claims, tongue firmly in cheek.

"It's taken on a life of its own," Neri says, "and has definitely outgrown the confines of our bookstore."

So this year - Sunday, May 24 - Joe, Kris and The Well Red Coyote will move the party and concert to the Old Town Center for the Arts in Cottonwood.

"But, The Well Red Coyote will continue to be the title sponsor so to speak," assures Neri, "underwriting the cost of the show."

This year's concert promises to be the best yet.

Joe Neri and the Mystery Tramps will perform a wide selection of Dylan songs, some solo and acoustic and others with the full backing of Joe's electric blues band, Blues Dawg.

The Bob Dylan Birthday Party & Concert begins at 7 p.m. on Sunday, May 24.

Tickets are $10 in advance and $15 at the door available at The Well Red Coyote and the Old Town Center for the Arts.

Born May 24, 1941, Dylan has sold more than 100 million albums during his 47-year recording career. His newest album, Together Through Life, debuted two weeks ago in the No. 1 position on the Billboard Top 200 album charts.