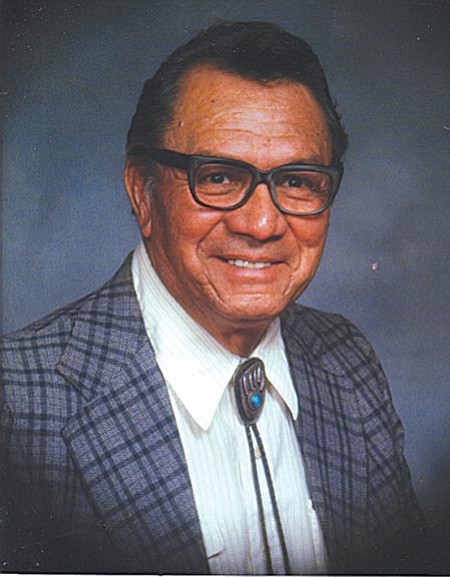 Ned was born June 8, 1924 in a small shelter beside the Verde river in Camp Verde to Henry and Daisy (Quesada) Russell.

Ned grew up in Clarkdale and graduated from Clarkdale High School.

He proudly served our country in the U.S. Marine Corps during WWII in the Pacific Theatre.

After returning home, Ned attended and graduated from ASU with a degree in architecture.

He enjoyed a long and happy career as National Director of Facilities Engineering for the Bureau of Indian Affairs.

Ned was a past Tribal Chairman for the Yavapai-Apache Nation. He was very active locally, having volunteered for many boards.

He preceded in death by his parents; his beloved wife, Bonnie Moore Russell, and his brothers, Rudy, Nathaniel and Robert. Memorial

Services will be 10 a.m. Wednesday, May 27, 2009 at the Church of Jesus Christ of Latter Day Saints Camp Verde Chapel, at Fifth and Holloman Streets.

Inurnment with military honors will follow at Valley View Cemetery in Clarkdale.