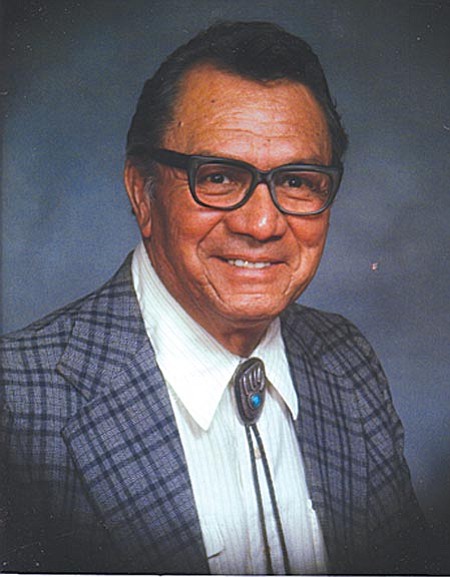 Mr. Russell, 84, exemplified all of the qualities so common to those from America's "greatest generation." His was a life of selflessness in which his own needs always were secondary to those of his family, the Yavapai-Apache people, his country and the Verde Valley.

A native of Clarkdale, Mr. Russell served during World War II in the U.S. Marine Corps. Following WWII, he was the National Director of Facilities Engineering for the Bureau of Indian Affairs and for many years served on the Yavapai-Apache Tribal Council, including several terms as its chairman.

Beginning in the 1970s, Ned, often alongside Theodore Smith Sr., began the long and arduous task of getting the message to the federal government that the Yavapai-Apache people had been horribly short-changed in the repatriation efforts following the forced removal from their native lands in the late 1800s. It was an era in which the Yavapai-Apache Nation was far removed from being the respected political and economic force realized today. The tribe was split up among three tiny reservation tracts and embodied the classic BIA-structured system of poverty and neglect.

In all his dealings with those he asked for a fair shake, Mr. Russell was never indignant about the past atrocities inflicted upon the Yavapai-Apache people. He always won people over with kindness and respect.

Certainly, Ned Russell would be the first to say that he was blessed to have lived in the Verde Valley.

Even more certain, we were all blessed that Ned Russell chose to call the Verde Valley home.