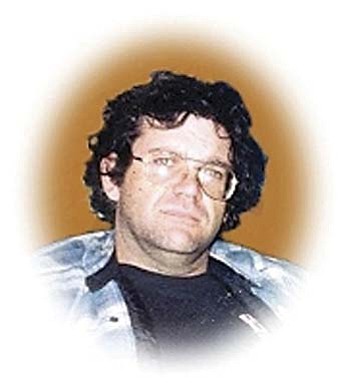 Christopher Lee Burton, 38, of Camp Verde died October 29. He was born in Cottonwood on May 14, 1971, the son of Jimmy LeeRoy Burton and Lind Carol Manous Burton.

He graduated from high school and went on to receive a degree from Arizona Automotive Institute.

Chris had to stay alive as a child when cancer took hold of his life he had eight surgeries and was cancer free for 27 years. Cancer came back in 2008. Due to circumstances beyond his control he was not able to continue treatments in Tucson. Chris believed he was healed, which he was for one year. Chris discovered in September 2009 that he had cancer tumors through his stomach and that entire area and also in his lungs. Chris fought the good fight. He began chemotherapy October 5-October 8, 2009 in Sedona. Chris lived his life to serve others when he became too ill to help; he lost his will to live. Chris is home now and he is resting in peace without any pain that has plagued his short life. Chris you will shall be missed and not forgotten. You were a good man to everyone. You loved others by word, deed and action.

He volunteered at the VFW, at church and at the Bread of Life Mission. He was interested in automotive repair.

He was preceded in death by his grandfather, Judge Earnest Burton and his father Jimmy Lee Burton.

He leaves his wife of nine years, Karen Camacho; his mother; a stepdaughter Krysten Camacho of Phoenix; a brother Nick Burton (Cindy) of Cottonwood; and two grandchildren.

A memorial service will be held on Sunday, Nov. 8 at 12:30 p.m. at Parkside Community Church in Camp Verde.